Anne-Marie opens up about the benefits of therapy during lockdown 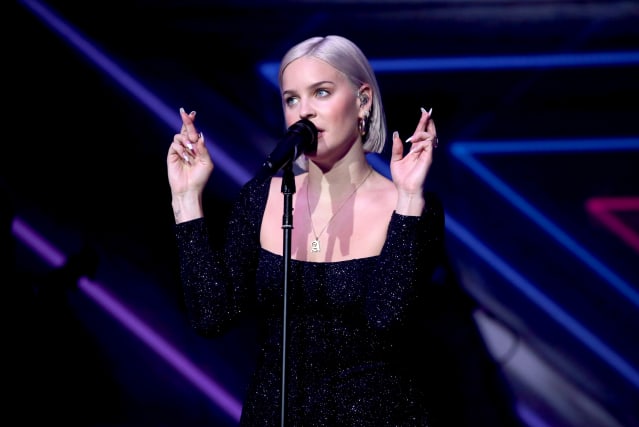 Anne-Marie has said her life is “changing week by week” after committing to therapy during lockdown.

The Essex-raised pop star has been open about her mental health struggles including severe anxiety which at one time stopped her from leaving her house.

The 29-year-old said that after a number of years she had finally found a therapist she was comfortable working with.

Speaking ahead of the release of a YouTube documentary about her life, she said: “It has been good. I actually tried to do it a couple of years ago and I had about two sessions and I was like: ‘I’ve got everything off my chest now, I’m fine’.

“But I slowly realised that maybe wasn’t the right thing to stop doing. I finally found a new person and I think you just have to find the right person as well.

“I am really worried about people trying therapy out and just thinking ‘That doesn’t make me feel better’ or ‘It wasn’t right’.

“If you feel like you have problems or have something on your chest, just try it.

“There’s no harm because they can’t tell anyone. It’s like the biggest best secret that someone can keep and a very non-judgment and deeply finding route that I think is amazing.”

How To Be Anne-Marie shines a light on the Rockabye singer’s experience of lockdown and follows her as she visits her old school in East Tilbury, Essex.

Anne-Marie also confronts the challenges of going solo in 2015 after travelling the world as the band Rudimental’s touring vocalist.

She said the resulting intense public attention had temporarily led her to become a recluse.

“But also that was a hard thing as well, because now people were judging me on what I was saying.

“Before when I was singing with Rudimental I didn’t care because it weren’t my words.

“It’s a double-edged sword. Definitely my favourite part of being on my own and doing my own stuff was being able to talk about life and my own experiences.

“But the tough bit was people just looking at you.

“Then obviously walking on stage on my own made me think: ‘Everyone is staring at me, now I have a problem with people looking at me’.

“And then that filtered into my home life and I got such bad anxiety that I couldn’t even go to the door to get my post or a food delivery.

“I guess I didn’t think about that stuff. I was just so excited about doing my own stuff and being my own artist that I forgot that everyone just stares at you and that’s pretty scary.”

How To Be Anne-Marie is available on YouTube now.

Alan Rickman's diaries to be published