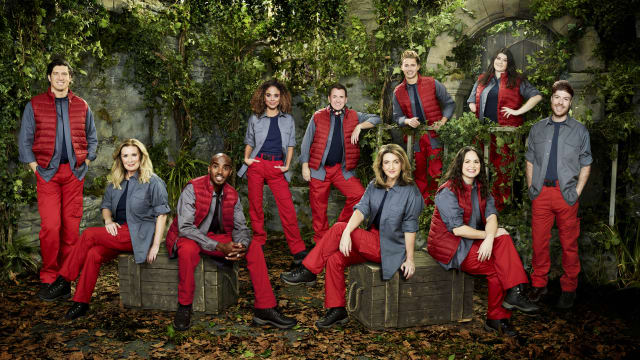 The new series of I’m A Celebrity… Get Me Out Of Here! has kicked off on ITV.

This year’s cohort of stars were flown into the filming location in North Wales in individual helicopters as they prepared to take on their first challenge.

Opening the episode, presenter Declan Donnelly said: “Forget everything you know and get ready for three weeks of chaos in the castle.”

As he was introduced to viewers, Olympic athlete Sir Mo said: “I will struggle, I will make some noise.”

He added: “I don’t have any survival skills apart from run away from things you don’t like.”

Coronation Street star Callard, who played Liz McDonald on the soap, said she had never been camping in her life.

She said: “Someone going to the loo in my proximity makes me feel physically sick.”

Former Strictly Come Dancing professional AJ Pritchard, who is also part of this year’s line-up, said being part of I’m A Celebrity was a “dream come true”.

He promised that the nation would “see a side of me they never thought they would see”.

TV presenter Kay said he was scared of the “unknown”. He became emotional as he said he was doing the show for his children.

They embraced when they were introduced to each other, with North saying: “I used to be her tea boy.”

The first five celebrities to meet – Shane Richie, Sir Mo, Callard, AJ Pritchard and Hollie Arnold – were tasked with going to find the five other famous faces to help them retrieve some backpacks.

The second five-strong group of celebrities – Kay, Jessica Plummer, Giovanna Fletcher, North and Derbyshire – were tasked with retrieving rucksacks suspended on a cliff face with the help of the other five famous faces.

North was sick as the group prepared to take on the challenge.