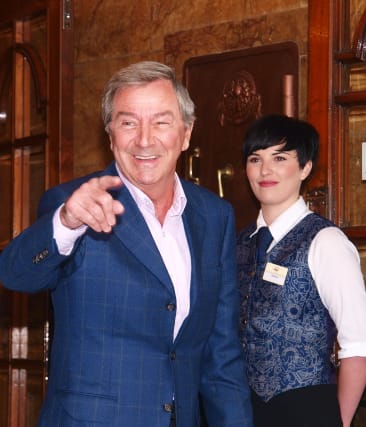 Gyles Brandreth has said Des O’Connor was the last of the “all-round variety entertainers”.

O’Connor died at the age of 88 on Saturday following a fall at his home in Buckinghamshire.

The writer and broadcaster, who worked with him on Countdown, told the PA news agency: “Whatever you wanted in entertainment, Des O’Connor could provide, so he was in a way the last of his kind.”

He added: “He was an old-school, all-round entertainer.

“I’m not sure there are his equivalent any more.”

Dictionary Corner regular Brandreth said the Des O’Connor Tonight host was “the best chat show host almost of them all”.

“He was very good at letting people be themselves, he brought out the best in people.

“His secret was that he was a really nice guy.”

He added: “What’s interesting is I don’t think you will find anyone to say anything against Des O’Connor, he was the nicest of people and the ultimate professional and he made it look effortlessly easy.”

O’Connor “had charisma, he was a star personality, you knew he was special”, Brandreth said.

The entertainer was skilled at making people feel at ease, he added.

“Because he was so relaxed, he managed to make you feel relaxed as well,” Brandreth said.