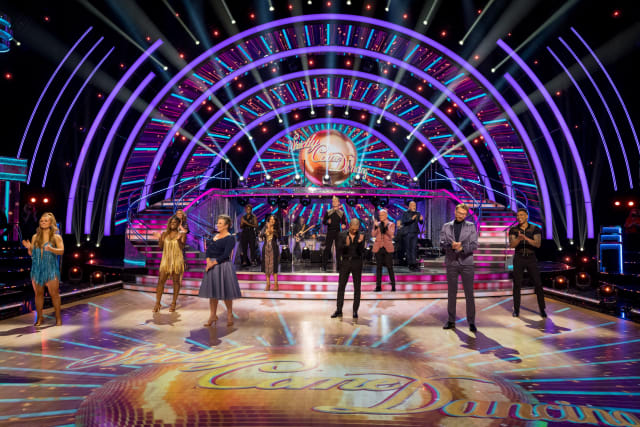 Max George has become the latest celebrity to be axed from Strictly Come Dancing.

The former The Wanted singer, 32, who was partnered with Dianne Buswell, found himself in the dance off against Maisie Smith.

George performed his American smooth to It Had To Be You by Harry Connick Jr but failed to impress the judges.

Discussing his time on the show, George said: “I’ve loved it. It’s all down to Dianne, she’s been literally amazing.

“For me to get through 90 seconds of a dance for four weeks now is a credit to her, she’s just unbelievable.”

He said his fellow contestants are “the nicest group of people ever”, adding: “I love you all.”

“He has done four incredible dances and I know how nervous you get, but you’ve come out here every week.

“I know you always say you want to do me proud and oh my goodness you’ve done me more than proud – so well done.”

The pair were eliminated after judges Craig Revel Horwood and Anton Du Beke opted to save EastEnders star Smith and her partner Gorka Marquez, who performed a cha cha cha to Girls Just Want To Have Fun by Cyndi Lauper.

Revel Horwood said: “Both couples were more concentrated and both couples took the notes we had given them and showed improvement.”

Du Beke added: “Well, I have to say it’s so close.

“They were both immaculate through that dance. It literally was just the smallest timing.”

Head judge Shirley Ballas revealed she would have opted to save George.

George and Buswell were second from bottom following the live show on Saturday after scoring 20 points.

After their performance on Saturday, Revel Horwood said he was “disappointed” with their effort, adding: “You lack any sense of style, actually, or flair, that this particular dance needs.

“Your arms are extremely haphazard, your hands are like spatulas on the end of them, darling.”

After Saturday’s live show, George apologised for swearing in celebration after his performance, saying he got “lost in the moment”.

George was following in the footsteps of his former bandmate Jay McGuiness by appearing on the programme.

However his The Wanted co-star had a more successful run on the show in 2015 after he won the competition with professional partner Aliona Vilani.

Saturday’s episode of Strictly was the most watched programme across all channels, with an average audience of 10.7 million viewers and a 49.3% audience share.

This was a slight increase on last week’s average of 9.5 million viewers.