Who is taking part in the new series of I’m A Celebrity… Get Me Out Of Here? 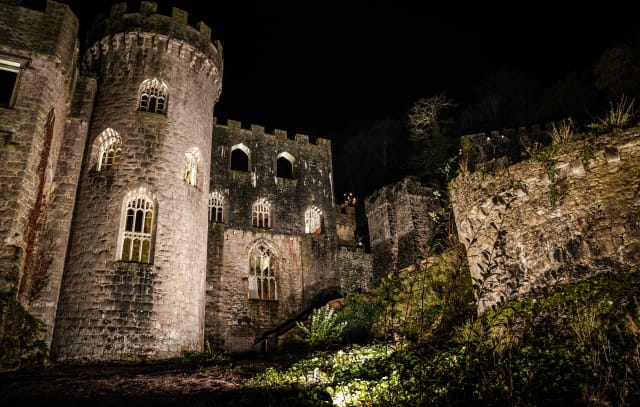 A host of stars are gearing up to appear in the first I’m A Celebrity… Get Me Out Of Here! series to be filmed in the UK.

The new series, which is taking place at Gwrych Castle in Wales rather than the usual location in the Australian jungle due to coronavirus restrictions, kicks off on Sunday.

Here is a look at all the stars who have signed up for this year’s series:

The long-distance runner is the most successful British track athlete in modern Olympic Games history.

The athlete was knighted by the Queen at Buckingham Palace in 2017.

Explaining his reasons for going on the show, Sir Mo said: “I’ve watched it on telly and thought to myself I would like to challenge myself and see what I can do – and so that is the whole reason behind it.

“I know a lot of people will be surprised as they don’t see me in that way. They associate me with running and winning but nothing more than that.”

He said his children have been telling him they cannot imagine him taking part, but he said he wants “to give it a go”, adding: “I want to have fun in the camp.”

He said: “With everything going on this year, people will want this show on TV more than anything.

“We all need it. It’s my favourite show on the telly and to be part of it is a big honour.”

After it was leaked that the show would be axed, the journalist said she was “absolutely devastated”.

She has also presented Newsnight and BBC Panorama and is the regular host of BBC News At Nine on BBC One and the standard edition of BBC World News.

In August 2015, Derbyshire announced on Twitter that she had been diagnosed with breast cancer and would be having a mastectomy.

Derbyshire said: “This is a mad thrill adventure that I want to take part in.

“Because of cancer, I know more than lots of people life is short.

“I am now saying yes to stuff I wouldn’t have done previously.”

Since then Kay, who is married to Strictly Come Dancing presenter Tess Daly, has hosted shows including All Star Family Fortunes, Beat The Star and Splash!, The Whole 19 Yards, Home For The Holidays, Let’s Get Gold and 1000 Heartbeats.

Kay said the “physical and mental challenges will be really interesting”.

The author and podcast host is best known for her parenting content, Happy Mum, Happy Baby, which is a hit non-fiction book and podcast in which she interviews famous mothers including the Duchess of Cambridge.

She has also written novels Billy And Me, You’re The One That I Want, Dream A Little Dream and Always With Love.

Her brother is The Only Way Is Essex star Mario Falcone and she is married to McFly star Tom Fletcher, with whom she has sons Buzz, Buddy and Max.

She said: “As soon as I got the call asking if I would take part, it was a no brainer for me as I am such a fan.

“It’s going to be so weird when I arrive, as it will be like stepping inside my TV.

“I’m A Celebrity is such feel-good television and I can’t wait to take on the trials and be part of the camp.”

The soap star has played Coronation Street’s Liz McDonald on and off since 1989.

Before that, she had made a brief appearance on the cobbles in 1984 as Gail and Brian Tilsley’s friend June Dewhurst.

Callard has also appeared in Emmerdale and played Flo Henshaw in Two Pints Of Lager And A Packet Of Crisps.

She said: “After lockdown, because I had a hip operation I was still at home.

“But I am not good at being at home and I have not met any new people for months, so this chance will be really good.

“Sitting around the camp doesn’t bother me because it is a chance to chat.”

The former Strictly Come Dancing star, the brother of Love Island star Curtis Pritchard, joined the BBC’s flagship entertainment show in 2016, when he was paired with Olympic gymnast Claudia Fragapane.

Before that, he auditioned for the seventh series of Britain’s Got Talent in 2013, along with his partner Chloe Hewitt, and reached the semi-finals.

“I was so excited to watch the return of Strictly this autumn but now I am going to be on an even better show. I can’t wait.”

The Paralympic gold medallist and F46 javelin thrower was the youngest member of the Great Britain athletics team at the 2008 Paralympic Games in Beijing, when she was 14 years old.

Arnold, who has a congenital limb deficiency, took up the sport aged 11 at Cleethorpes Athletics Club in Grimsby.

She won her gold medal at the 2016 summer Paralympics in Rio de Janeiro with a world record throw of 43.01 metres.

Arnold said: “I am really looking forward to meeting people.

“They won’t know me and so there is the feeling of being an underdog but hopefully by sharing my stories, people will get to understand what I have achieved.”

The singer-turned-actress joined EastEnders in March 2019 as Chantelle Atkins and made headlines as her character was subjected to long-term mental and physical abuse at the hands of her husband, Gray Atkins (Toby-Alexander Smith).

She said: “Everyone I have told think I am mental.

“My family are all like, ‘Jess seriously, you are such a scaredy-cat and you are so previous about your luxuries, what are you signing up for?

“But I have reminded them I did go camping as a kid and I know I have got it in me.

“I am quite competitive, I played sports as a kid and I would really beat myself up if I didn’t give it my all. Hopefully this will spur me on.”

Richie also starred in the spin-off Redwater, about Alfie and his wife Kat Slater, played by Jessie Wallace.

Richie said: “When I first got asked to be in EastEnders in 2002 to play Alfie, I didn’t know what was going to happen.

“There is something about adrenaline and fear and that’s what I am looking forward to when I take part in this show.”

I’m A Celebrity… Get Me Out Of Here! begins on ITV on Sunday.