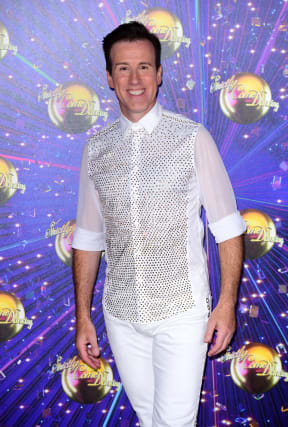 Anton Du Beke has been praised for his efforts on the Strictly Come Dancing judging panel after being called upon to stand in for Motsi Mabuse.

The professional dancer, who has already been eliminated from the competition after performing with former home secretary Jacqui Smith, acted as a judge for the first time during Saturday’s show.

Mabuse is self isolating after she travelled to Germany following a break-in at her dance school.

TV presenter Richard Osman said he “knew Anton would do a great job”.

“Loving him as a judge,” he added.

He wrote: “Loving Anton as a judge! Haha go on lad!”

“I love Anton Du Beke on the judging panel,” she tweeted.

Du Beke gave one perfect score of 10 during the programme to Clara Amfo and Aljaz Skorjanec for their Charleston.

At the beginning of the programme, when asked what sort of judge he would be, he said: “I will endeavour to be much more generous than these guys have been to me over the years, so we should have a lovely night.”

After the programme had aired, Du Beke asked his followers on Twitter: “Well, my loves, how did I do?! Scores please!”

He added: “Such a phenomenal show tonight too, what a joy to judge! Loved it!!!”

Du Beke has remained on Strictly since it first arrived on television screens in 2004.