Strictly Come Dancing 2020: What you need to know 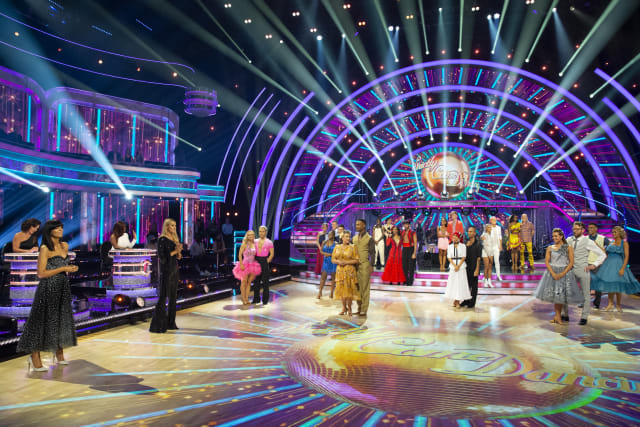 It is coronavirus rather than the dance-off that has proven to be the biggest threat to couples on Strictly Come Dancing this year.

Here is a look at how the pandemic is affecting the BBC’s flagship show.

– How has Covid-19 impacted the series?

Olympic boxer Nicola Adams and her partner Katya Jones, the show’s first same-sex couple, have already been forced to leave after the professional dancer tested positive.

Meanwhile, judge Motsi Mabuse is self-isolating following an “urgent” trip to Germany and will appear via video link this weekend in another blow for the BBC One show.

In addition, Rylan Clark-Neal, co-host of Strictly spin-off It Takes Two, is also self-isolating after coming into contact with someone outside of work who tested positive and will be absent from both It Takes Two and his BBC Radio 2 show for the next two weeks.

Singer and YouTube star HRVY, who is part of this year’s line-up, revealed he tested positive for the virus before the show started filming. After isolating for 10 days he received a negative rest result and was able to be part of the series from launch.

– How is it possible for celebrities to dance with their partners?

Strictly has taken stringent measures to keep the cast and crew of the programme safe while in production.

Either the professional dancer or the celebrity is living on their own for the duration of the series as they form an exclusive support bubble so they can touch during the rehearsals and performance.

They are also regularly tested and must remain socially distanced from anyone outside of their individual bubbles.

Each couple is in what is known as  an exclusive close contact cohort, which means they cannot form a cohort with anyone else while they are in the competition.

– Is there an audience?

The programme was initially filmed in front of a socially-distanced audience of friends and family, but after England went into a month-long lockdown the show went ahead without an audience and the celebrities and their partners are now cheered on only by their fellow competitors and members of the Strictly team.

– How are the professionals dancing together?

The group performances by the professional dancers were all pre-recorded earlier this year after they isolated at home for two weeks and were tested twice for Covid-19.

After their isolation and once all their tests had come back negative, they took over a hotel as one household and rehearsed and filmed all the group dances for the series.

– What about during the musical guest performances?

A few selected members of the team have also formed close contact cohorts, in order to carry out their roles on the show.

These include Nadiya Bychkova and Graziano Di Prima, and Neil Jones and Nancy Xu, which allows them to perform together for the guest music acts.

As pros exit the competition, they may also form close contact cohorts in pairs.

– Do they have to do their own hair and make-up?

No, there are still hair, make-up, medics and physio teams. The job roles that require closer contact are following the government’s close contact services guidelines, which include the requirement to wear additional PPE.

– How is It Takes Two happening?

The crew, hosts and celebrities are required to stay two metres apart from each other. Rylan Clark-Neal and Zoe Ball sit on separate sofas when appearing together and they will always maintain a safe distance from show guests.

Everyone is required to fill out a daily digital health declaration form stating that they have no symptoms and everybody’s temperatures are taken before entering the studio.

– Is Strictly the only big series impacted by Covid-19?

ITV favourite I’m A Celebrity … Get Me Out of Here!, returning to screens this weekend, also had its own brush with the coronavirus.

Former Strictly dancer AJ Pritchard discovered he had Covid-19 when he went into isolation before travelling to the castle in Wales where the series will take place this year.

But speaking ahead of the Ant and Dec-fronted series starting, he said: “When I came into isolation, I tested positive for Covid early on.

“Thankfully, I can say I’ve had two negative tests for coronavirus and I will definitely be going into the castle when it starts.

“Thank you to ITV and the whole team for putting the safety measures in place to protect their staff and the celebrities, that’s why we do go into isolation.

“It’s been over two weeks already I’ve been in isolation. I can’t wait to start my journey.”

Strictly Come Dancing airs on BBC One on Saturday night at