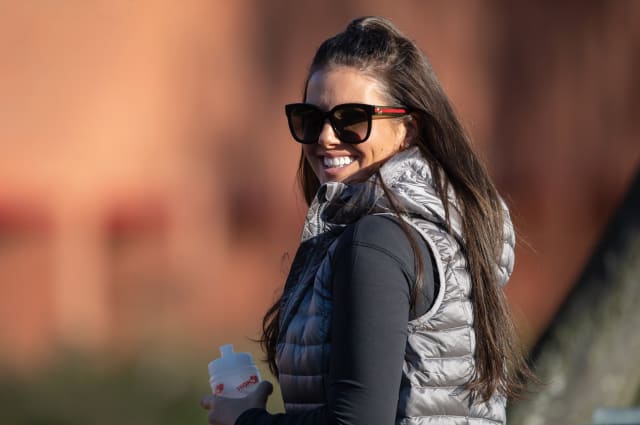 Rebekah Vardy was all smiles as she arrived for Dancing On Ice rehearsals.

The wife of Premier League footballer Jamie Vardy is taking part in next year’s series of the ITV show, hosted by Phillip Schofield and Holly Willoughby.

Presenter Myleene Klass, actress Denise Van Outen and former Olympic skier Graham Bell are also among the names who will be competing in the rink.

Vardy made headlines around the world last year when rival Wag Coleen Rooney publicly claimed Vardy’s Instagram account was the source of leaked stories about her private life.

Vardy denies the accusation and they are locked in a legal dispute.

Vardy is no stranger to reality TV, having appeared on I’m A Celebrity… Get Me Out Of Here! in 2017.

She has said: “I’m so ready for the sequins and full glam squad. After months of lockdown it’ll be nice to get the glam on.”

And she added: “I just think I want everyone to laugh at me really.”

The ITV celebrity skating show will air next  year.