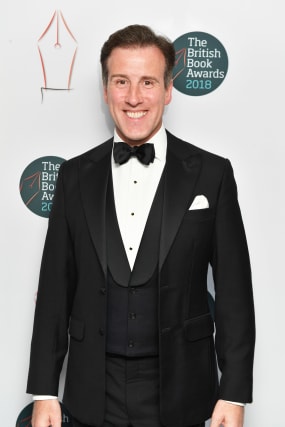 Anton Du Beke has said he is “honoured” to have been asked to temporarily fill in as a judge on Strictly Come Dancing.

The professional dancer is standing in for Motsi Mabuse, who is self-isolating after an “urgent” trip to Germany.

The professional, who was the first to be eliminated from this series with former home secretary Jacqui Smith, has long been touted as a possible contender to join the judges full time.

Du Beke told the celebrity dancing competition’s sister show It Takes Two: “I can’t tell you how excited I am.“I am so thrilled for so many reasons.

“I just love, love, love the show as everybody knows and to be asked just to fill in for Motsi for the next couple of weeks is just an absolute honour.”

He described his temporary job as the “biggest compliment”.

Du Beke said he has been given advice by the programme’s former judge Len Goodman on how to approach the role.

“He said: ‘Be yourself and say what you see’. And I’m going to do absolutely that, really,” he added.

The dancer said he would be an an “enthusiastic” and “kind” judge.

“I know everyone’s going to be trying their best but I shall say what I see,” he added.

Du Beke said he is pleased to have been able to remain on the programme for so long.

“To be part of the show since the beginning and the only one left, I’m thrilled about that let me tell you. It just fills my heart with joy really.”

Du Beke also discussed the departure of Olympic boxer Nicola Adams and her partner Katya Jones from the programme after the professional dancer tested positive for coronavirus.

“I was really excited by what they were going to be doing over the next few weeks and what sort of choreography Katya was going to be putting together for them,” he said.