Which singers have contributed to the John Lewis Christmas adverts? 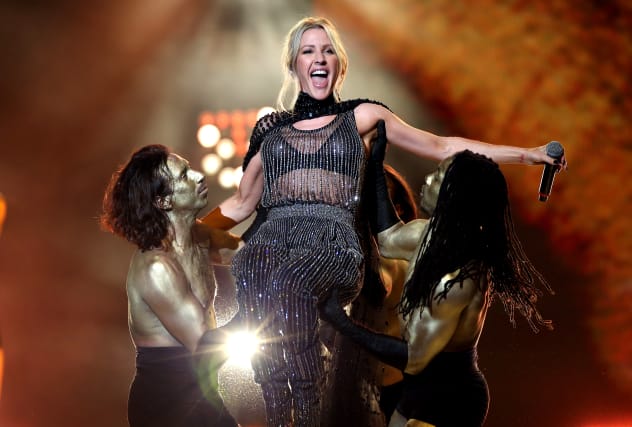 Singer-songwriter Celeste is the latest star to lend their voice to John Lewis’ annual Christmas advert.

However, the 26-year-old is the first artist commissioned to write and record an original track, titled A Little Love, which provides the soundtrack to a series of vignettes highlighting acts of kindness amid the Covid-19 pandemic.

Here we look at the best festive John Lewis cover songs since the tradition began in 2008.

Goulding’s distinctive voice and the track’s minimalist arrangement made this cover of Sir Elton and Bernie Taupin’s well-loved ballad an instant success.

Eight years later, in 2018, Sir Elton himself appeared in the retailer’s Christmas advert, called The Boy And The Piano, which offered up a festive-themed retrospective of the musician’s career.

The Smile hit-maker’s emotive version of rock band Keane’s 2003 hit went straight to number one upon release, the second John Lewis advert song to have done so.

However, its success was overshadowed by comments Allen subsequently made in an interview with Vulture.

She claimed she had been “bullied” into recording the song by her record label, and that she had not received any monetary gain from the single.

The 2013 campaign featured an array of woodland animals in a classical Disney-style setting.

Fresh from topping the charts with his debut album Long Way Down, the West Sussex singer-songwriter delivered another chart success with his cover of The Beatles song.

One of the Fab Four’s lesser-known tracks, his version of Real Love peaked at number seven in the UK singles chart.

His gravelly vocals accompanied the tale of Monty, the imaginary friend created by a boy whose favourite toy is a stuffed penguin.

Norwegian singer Aurora was chosen to cover Oasis’s Half The World Away, a cult 1994 B-side much loved by fans of the band.

2015’s The Man On The Moon advert showed a young girl who spots a lonely old man on the moon and decides to send him a telescope to give him a connection to Earth.

The partnership with Age UK had the tagline: “Show someone they’re loved this Christmas.”

However, Aurora’s offering failed to boost her profile in the UK.

The Mancunian band’s melancholic offering accompanied the story of a friendship between a seven-year-old boy and his imaginary monster under the bed, Moz.

Moz eventually realises that their late nights must end when he sees the toll they are taking on Joe. Joe wakes on Christmas morning to find a clumsily wrapped present of a night light under the tree.