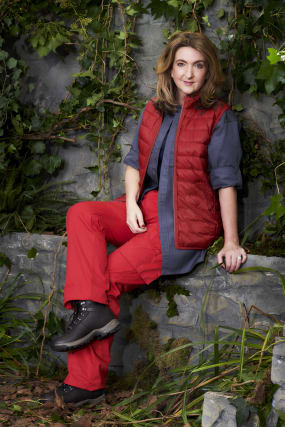 Victoria Derbyshire said she is not worried about her stint on I’m A Celebrity… Get Me Out Of Here! harming her credibility as a journalist.

The award-winning broadcaster has presented some of the BBC’s biggest programmes, including Newsnight and Panorama, and fronted her own current affairs show.

I’m A Celebrity’s notoriously challenging bushtucker trials can involve everything from being drenched in slime to being covered in spiders.

But Derbyshire does not fear her reputation as a heavyweight journalist will be harmed by taking part in the show.

She said: “I haven’t worried about it, because I think, when I look at this year, I’ve presented my own programme, I’ve presented BBC news, I’ve done a Panorama on domestic abuse in lockdown and now I’m doing this.

“I don’t feel that I have to be in a box, or labelled in a particular way. I don’t know why, especially when I know, I really know, that life is short – I don’t know why you can’t say yes to once-in-a-lifetime experiences, which is why I’ve said yes.

Mother-of-two Derbyshire, 52, also said she is not concerned about violating the BBC’s impartiality guidelines during her stay at Gwrych Castle in Wales.

She said: “I mean, I’m allowed to have an opinion saying, ‘Oh my god I’m starving’ but I can’t… you know, I’m a BBC journalist. I’m not going to reveal my opinions on all sorts of politics or other matters. I’m quite sensible, I’m quite responsible on that respect. “