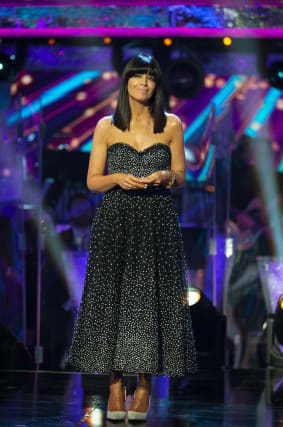 The stars of Strictly Come Dancing have shared their shock and sadness at the sudden departure of Katya Jones and Nicola Adams from the competition.

The duo, who just weeks ago made history as they became the first same-sex pairing on the popular BBC One show, have been forced to exit the series after professional dancer Jones received a positive Covid-19 test result.

The show’s host Claudia Winkleman said she is “so sad” they are leaving the programme.

She tweeted: “We’re so sad about this. Nicola and Katya were completely brilliant.”

Zoe Ball, the co-host of Strictly spin-off It Takes Two, said she was “gutted” for the pair.

In a tweet she said: “Gutted for Nicola and Katya. You made history girls. Sending them both all the love”.

Former home secretary Jacqui Smith, who was the first Strictly Come Dancing contestant eliminated this year, tweeted: “So sad for lovely @NicolaAdamsOBE and @Mrs_katjones but they’ve already lit up our screens and broken amazing new ground and are winners!”

Former Strictly contestant and GMB presenter Susanna Reid tweeted: “This is such a shame for Nicola and Katya – and for the whole show too. Get well soon Katya”.

Jones, who won the series in 2017 alongside Joe McFadden, shared her own sadness in a long post on social media.

Former Strictly contestant and singer Alexandra Burke replied in the comments, saying: “I’m gutted for you both !!”.

Strictly judge Motsi Mabuse posted two red heart emojis, while EastEnders star Emma Barton, who was on Strictly last year, wrote: “Darling girl.. I’m so sorry for you both… Look after yourself.. “.

Sports star Adams said on Twitter she was “gutted” to be leaving the series so soon.

Former Bake Off contestant Michael Chakraverty replied to say: “you were so brilliant, and will have changed so many lives”.

The BBC said the show will continue this Saturday night on BBC One.