Little Mix Jade: It is empowering for women to sing about sex 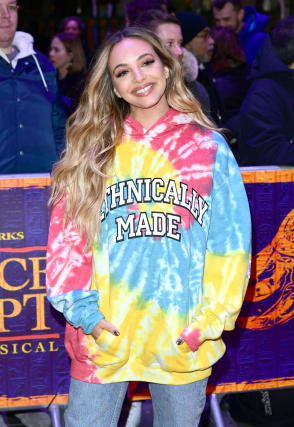 Little Mix star Jade Thirlwall said it is “empowering” for women to sing about sex, as she defended the raunchy lyrics on the band’s new album.

The chart-topping group released Confetti last week and are locked in a battle with Kylie Minogue for the top spot in the UK albums chart.

Fans have pointed out the more mature tone of the new Little Mix record and Thirlwall said it should not have been a shock to hear women singing about sex.

Speaking to The Sun, the 27-year-old said: “We’re always going to write and record music from personal experience, and yeah we’re grown women, and we have sex.”

Thirlwall said she has been inspired by other high-profile female stars, including Cardi B and Megan Thee Stallion, who released the X-rated single WAP in August.

She said: “I find it really empowering, especially right now when you’ve got artists like Cardi B and Megan Thee Stallion doing songs like WAP.

“I’m so for women being in control of their sexual experiences and singing about it. It’s great. Men have been doing it for God knows how long, so why can’t women do it and be praised for it?”

Little Mix are narrowly behind Minogue in the race for the top spot, according to the Official Charts Company.

Minogue’s Disco holds a slight lead, according to official figures. The Australian leads the way on vinyl and downloads while Little Mix’s Confetti is performing better in CD sales and on streaming platforms.