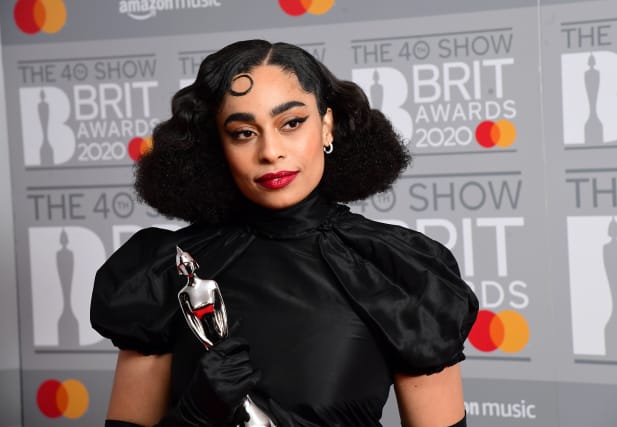 Celeste has become the first musician chosen to write and record an original song for the John Lewis Christmas advert.

In a step away from tradition, the retail giant has commissioned the 26-year-old British-Jamaican singer to produce a new track, titled A Little Love, to provide a soundtrack to its annual festive commercial, which this year highlights acts of kindness during the Covid-19 pandemic.

In previous years, artists including Ellie Goulding, Lily Allen and Dan Smith from the band Bastille have covered classic songs known to the nation, and in 2018 Sir Elton John performed his 1970 track Your Song.

While she has not released an album, Celeste – full name Celeste Epiphany Waite – has been lauded by critics, with some comparing her voice to that of Amy Winehouse.

Born in California, Celeste moved to Dagenham in east London aged three before settling in Saltdean near Brighton – where she spent most of her adolescence.

Her early influences included Aretha Franklin and Ella Fitzgerald, whose music was played throughout her family home.

In 2017, she moved to London with £100 but was fired from her job as she would skip work in order to make music.

In December 2019, she was announced as the winner of the Rising Star Award at the Brits, and a month later she was crowned the winner of BBC Music’s Sound Of 2020.

Only a few artists, including Adele, Sam Smith and Jorja Smith, have secured both awards.

She said at the time: “2019 was an incredible year for me and I could never have predicted half of the things that happened.”

Her best known tracks include Strange, Lately and Father’s Son, and her delayed self-titled debut album is due in January 2021.

Ten pence from each download of A Little Love will go to the charity campaign.

John Lewis has joined with Waitrose once again for the campaign.

The partnership said it is aiming to raise £4 million for two charities – FareShare, which helps those facing food poverty and Home-Start, which works with parents who need support.