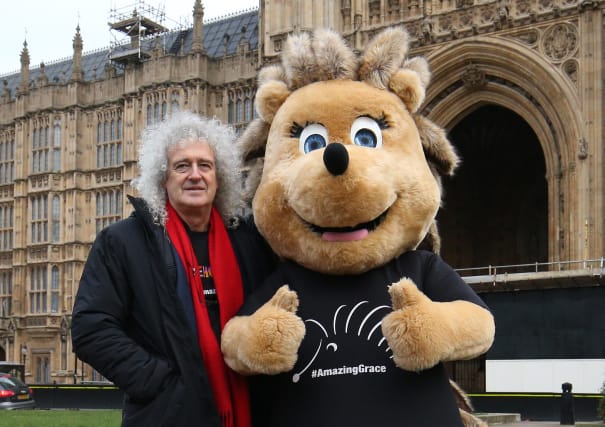 Sainsbury’s has scrapped plans to extend one of its stores into an area of natural woodland following a campaign led by Queen guitarist Brian May.

The 73-year-old claimed the development in Burpham, Surrey, threatened the “very existence” of the local hedgehog population.

Under the proposals, some 70 trees would have been removed from the site, it is understood, although the supermarket giant said it would replace them with more than 300 plants.

However, wildlife campaign group the Save Me Trust, which May co-founded, warned the project could destroy an “essential wildlife habitat” and launched a petition urging the chain to rethink.

In a statement announcing its decision on Wednesday, Sainsbury’s said it would revise its expansion to create a buffer zone around the woodland.

A spokesperson for Sainsbury’s said: “The communities we serve are at the heart of everything we do. We have listened to the concerns with regards to our proposal and have withdrawn our planning application.

“We will work in partnership with local groups to redesign our application, so that it doesn’t touch the buffer zone surrounding the ancient woodland and also increases the biodiversity of the area.

“We look forward to working with the community over the coming months especially with groups such as Save Me Trust and the Woodland Trust, on a revised proposal that brings the best possible environmental benefits alongside supporting local jobs and more convenient ways to shop.”

In a joint statement with Anne Brummer, with whom he co-founded the Save Me Trust, May said: “Following our discussions with Sainsbury’s, we are very happy to report that they have withdrawn their application.

“From our conversations it’s clear that Sainsbury’s share our goals of sustainability and enhancement of wildlife habitats.

“We are now confident that solutions can be found for their expansion plans that are sustainable and effective, supporting local flora, fauna and humans.

“Sainsbury’s decision is a great step towards ensuring that wild animals already pushed into narrow corridors are able to survive and more importantly to thrive.”

Sainsbury’s previously said the expansion of the site would create up to 100 new jobs.

A 2018 report by the People’s Trust for Endangered Species and the British Hedgehog Preservation Society revealed a 30% drop in the number of hedgehogs in urban areas since 2000.

May is a frequent campaigner on wildlife issues and has previously spoken out against badger culling and fox hunting.