Lennie James: There will be a theatre ‘boom’ after the pandemic 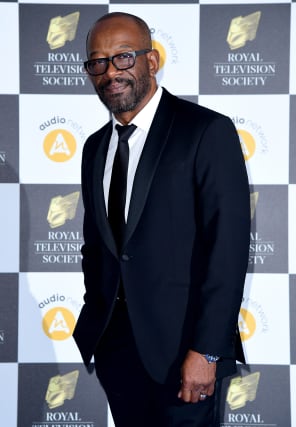 Lennie James has predicted that the theatre industry will experience a boom once the pandemic has ended.

The Line Of Duty star, 55, said audiences “will recognise what it was that we were without” once coronavirus restrictions are lifted.

There will be “a boom not a drought” for the industry in spite of the challenges it currently faces, he told the PA news agency after participating in a discussion as part of Bafta’s Masterclass series of events.

“I expect theatres to be filled and I expect new theatres building up and people finding new ways into telling stories,” he said.

James also discussed what impact the pandemic might have had on his fledgling career if it had struck when he was younger, saying it would have been “very, very difficult for me”.

“I was part of a generation where the first jobs you got were most certainly theatre,” he added.

James, who also starred in US show The Walking Dead, added that the industry would have failed if it becomes less diverse after the pandemic.

His comments came amid concerns that those from poorer backgrounds might abandon their career ambitions because they can not afford to wait for more jobs to start coming up.

“I hope that the powers that be – film companies, television companies, production companies – make a concerted effort to make sure that diversity doesn’t drop, that it grows,” said James.

He said he has been “pushing” for the industry to make internships more accessible to those who do not have parents who are able to support them while they are on “meagre wages”.

James, whose writing credits include the Sky Atlantic series Save Me, also said he has struggled to be creative during the pandemic despite the fact he has had “time to write” and “time to think”.

“I sat down with good intentions,” he said.

“I genuinely don’t know why I have not been creative during this time. I know I’m not the only one.”