Jane Fonda: I hope my climate protests show old folks can be involved too 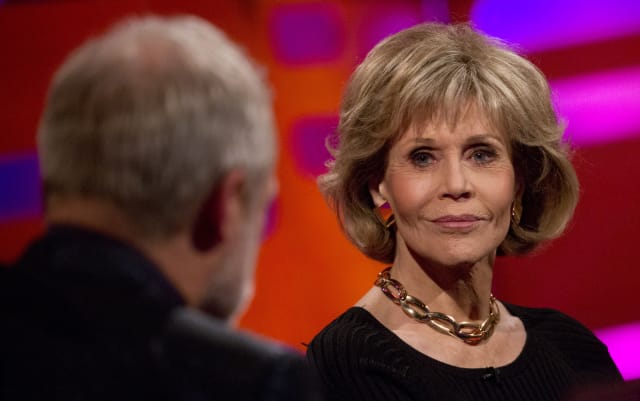 Jane Fonda has said that by campaigning for action on climate change she wanted to show that “old folks could be involved as well”.

The Hollywood actress, 82, told Harper’s Bazaar that by taking part in environmental protests she hopes to inspire others to take action on climate change.

Fonda has regularly spoken out about environmental issues and last year she was arrested during a climate change protest in Washington DC.

Fonda told the magazine that lots of people will not “admit the cause of the climate crisis which is fossil fuels”.

“What makes me furious is so many people talk about windmills and turbines, but they don’t talk about fossil fuels because it’s controversial,” she said.

Fonda added: “Grow some balls, the future is at stake.”

She said that after she moved to Washington DC and began taking part in weekly climate Fire Drill Fridays protests, she realised “it was catching on and we tapped into something that was important”.

“I wanted to show that old folks could be involved as well,” she said.

The actress said she is concerned about whether there is “going to be a future”.

“I have kids and grandkids and I think, when they grow up are they going to be engaged?

“Are they going to be able to breathe? Will the children have a future to be politically active in? That’s all that matters.”

She said young people are “righteously angry” about what older generations have done to the environment.

Fonda also discussed the role of celebrities in campaigning.

“When someone famous takes a stand, people notice,” she said.

“Celebrities are repeaters. We don’t originate the voice; we pick up the voice and make sure it reaches a wide audience.”