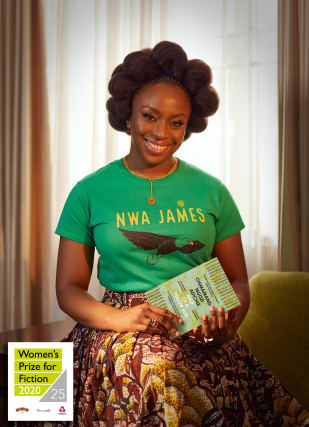 Novelist Chimamanda Ngozi Adichie has scooped an award celebrating 25 years of the Women’s Prize For Fiction.

She won the Women’s Prize For Fiction “Winner of Winners” for her novel Half Of A Yellow Sun.

Set in Nigeria during the Biafran War, Half Of A Yellow Sun won the Women’s Prize For Fiction in 2007.

Featuring issues of colonialism, class, race and female empowerment, it was adapted into a film starring Chiwetel Ejiofor and Thandie Newton in 2013.

The Nigerian-born writer said: “I’m especially moved to be voted ‘Winner of Winners’ because this is the prize that first brought a wide readership to my work – and has also introduced me to the work of many talented writers.’”