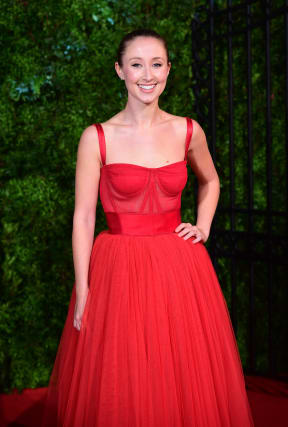 Erin Doherty has said that playing Princess Anne in The Crown has given her a “commitment to being honest”.

The actress told Town & Country that her character has given her “some form of bravery”.

When asked what the royal had taught her, she told the magazine: “I hope that it’s a commitment to being honest.

“Perhaps not brutally so, but just knowing that honesty is the best way to proceed.

“I get in my head about not wanting to upset people, trying to make them happy.

“Now I think, they’re probably better off knowing how I’m genuinely feeling, and we’ll have a better relationship going forward.

“I do believe that’s come from Anne.”

On leaving the role behind, Doherty said she has “thought about this woman for hours and probably months”.

“Months and months of contemplating her mind-state, so it’s kind of like mourning someone at the end,” she added.

The actress also reflected on the challenges of working in the entertainment industry.

“People easily pass comment on your job and what you do and it makes you very aware of that harsh judgement,” she said.

“It kind of turns you on yourself.”

Series four of The Crown, which is set in the late 1970s, is available on Netflix from Sunday.

The winter issue of Town & Country is on sale from Thursday.