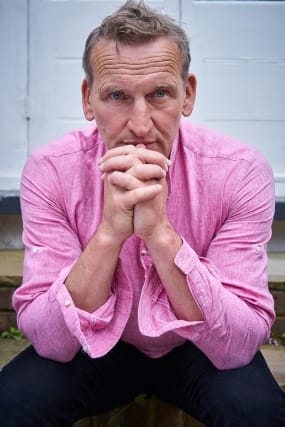 The stars have started their ambassadorship by urging the public to support the magazine’s vendors amid the coronavirus crisis.

The Big Issue said the second lockdown in England meant it had to ask more than half of its 2,000 vendors to stop selling the magazine while the country hunkers down.

The outlet was able to support its vendors during the first lockdown due in part to the generosity of the public, it said.

The Big Issue is asking readers for support again, either through a subscription, a donation to its Christmas appeal or by buying gift subscriptions from vendors.

Former Doctor Who star Eccleston, who first appeared on the cover of The Big Issue in 1996, said: “I remember when it was launched. And to see something like The Big Issue born makes you proud.

“Because you feel like the social conscience of the nation is active.

“So the first thing I’d like to say as an ambassador is that if you’ve always supported your vendor, in almost 30 years of The Big Issue’s existence, please continue to do so. Because it’s even worse now.

“And if it’s worse for you, you can only imagine how much worse it is for people living on the streets. We’ve got to get that message out there.

“I’ve been very moved and very touched to join The Big Issue. When I start thinking about this great creation that I’m becoming a small part of, it’s an honour.”

Paul McNamee, editor of The Big Issue, said the magazine was experiencing “the most challenging time in our history”.