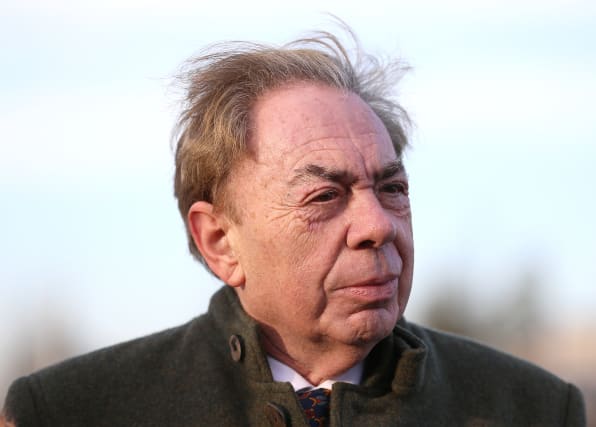 The composer and theatre impresario, who has been part of the Oxford University vaccine trial, said he was determined to open his new production of Cinderella in May “come whatever happens”.

The 72-year-old added: “I am just not going to be taking no for an answer there.”

Speaking on Good Morning Britain, Lord Lloyd-Webber said he felt “very positive” that “one way or the other” a successful vaccine would be widely available by the end of next year.

Responding to the suggestion theatres could return before summer, he said: “That’s what I have been planning for. I have decided I am going to go into rehearsals with my Cinderella now in March and then we are going to open in May. I am determined to open in May come whatever happens. I am just not going to be taking no for an answer there.

“But I do think that what everybody is saying is actually very spot on. My guess is that things will start to return to normal sort of April/May time.

“I think it is also worth remembering that although Covid-19 is a new virus it is also – I am not a scientist, but the word I think they call platform – the Oxford vaccine I know has found that their vaccine works pretty well on other types of Covid virus.

“So I really do feel very positive that one way or the other we are going to have a vaccine that works certainly by the end of next year.”

About a dozen Covid-19 vaccines around the world are currently in the final stages of testing, but Pfizer’s is the first to report any results.

Lord Lloyd-Webber is currently taking part in the Oxford vaccine trial, which he said was expected to publish findings in the next month.

He said: “I think the Oxford one is proposed to report in three or four weeks time. The only thing I do know is that I myself have had absolutely no reaction to it. I have been absolutely fine. I have had my booster jab four weeks ago.

“The other thing I do hear which is of course – I am hearing it slightly on the grapevine – is that it does work very well for older people as well.

“So I think the positive thing surely is that it does seem that this virus can be prevented by a vaccine of some sort or another.

“Quite clearly the Pfizer one works pretty well. I don’t think they would have released this information if it didn’t.

“But there are clearly going to be all sorts of other approaches to it that look as if they could work equally well.”

The UK Government has ordered 40 million doses of the Pfizer vaccine – enough for about a third of the UK population.