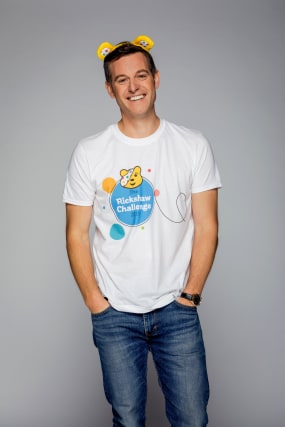 The One Show’s annual Rickshaw Challenge for BBC Children In Need has been halted after a member of the crew tested positive for coronavirus.

Organisers said they sent the young participants home as a “precautionary measure” and were exploring ways of continuing the challenge remotely.

Matt Baker was to lead a team of six young people who have been supported by Children In Need projects for the challenge, which is in its 10th year.

They aimed to ride 322 miles in the grounds of the Goodwood Estate in Sussex in a rickshaw, which is roughly equivalent to the 2011 challenge which went from Edinburgh to London.

A statement from BBC Children In Need said: “The safety of the young people on Team Rickshaw is of paramount importance.

“As a precautionary measure, a decision has been made to send the young participants home from the challenge today.

“The One Show team are currently exploring ways in which Matt Baker and Team Rickshaw can continue the challenge together safely from home.

“Ahead of the challenge, following medical advice, a set of robust safety measures were put in place to minimise the risk of infection to all of those involved.

“On site the team was following government guidelines with strict social distancing measures enforced at all times and routine testing was scheduled several times throughout the challenge to ensure early detection and elimination of any Covid-19 cases.

“During one of these routine tests, a positive result was confirmed amongst a member of the crew and immediate action was taken.”

BBC Children in Need said it “considered all of the risks and options” before deciding to send the participants home.

It said further details would be announced during The One Show on Monday evening.

In a tweet, The One Show said: “We’re deeply saddened to announce that this year’s @bbccin #RickshawChallenge will not be going ahead as planned. Thank you to everyone who has supported so far. More information to follow in tonight’s show. ”

Among those taking part in the 2020 challenge was Lewis, 18, from Coventry, after he had his leg amputated when he was diagnosed with bone cancer in 2017.

It is the latest TV event to be affected by coronavirus after a live episode of Little Mix The Search and filming for the Britain’s Got Talent Christmas special were both disrupted following positive tests among crew.