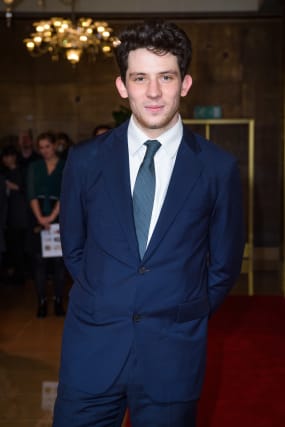 Josh O’Connor has said he did not want to play the Prince of Wales as a “villain” in The Crown.

The actor told the Radio Times the Netflix programme is going into “slightly tricky territory” when it portrays the relationship between his character and Diana, Princess of Wales in the upcoming series.

The fourth series of the royal drama, which is set in the late 1970s, will launch on the streaming platform on Sunday.

O’Connor told the magazine he was “fearful that I was going to be on the back foot in this series”.

“It’s the most famous breakdown of a marriage in history, and a lot of the accounts are from Diana’s side,” he said.

“I was keen not to play a villain.

“But what I’m pleased about is that in the last series people felt an affection for Charles, and a sympathy, and that was a really important foundation for telling this story.”

The scripts are about “a tragic story of two people who loved each other and weren’t equipped to give the other person the thing they needed”, he said.

“It’s beautiful and painful and poetic.”

O’Connor said Charles was jealous of Diana because she had this “God’s gift” where “people felt like they knew her, and Charles just didn’t have that”.

However he added that it “didn’t rest well with me that Charles was just jealous of fame or celebrity”.

O’Connor said he is not worried about passing on the role to another actor.

Last month it was understood that Dominic West is being lined up to portray the prince in subsequent series.

O’Connor said: “You know there have been a hundred people who have played Richard II before you and there are going to be a hundred others who play him after you.

“It somewhat takes away the pressure to pass it on, and I’m sure whoever takes over from me will do a terrific job.

“It’s lovely to have had a chance to play him.”