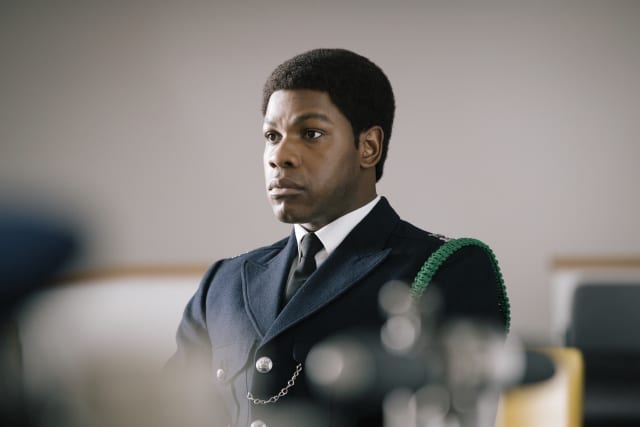 John Boyega has said his father, a Pentecostal minister, was stopped by police on his way back from church.

Speaking about his own relationship with the police, the Peckham-born actor recalled how as a child he had witnessed his father being stopped by officers.

Boyega, who has been a vocal supporter of Black Lives Matter, said he knew people who had gone through the “darkest scenarios” with law enforcement.

He told Radio Times: “I’ve been stopped and searched. And my dad, who was a Pentecostal minister, got stopped on the way back from church. I was little.

“Everybody knows, especially if you grew up in Peckham, somebody who’s gone through the darkest scenarios with the police. I do. I know a few people.”

The Small Axe episode Red, White and Blue follows Mr Logan as he decides to reform the force from within after seeing his father assaulted by two officers.

Mr Logan was awarded an MBE in 2001 for his contribution to policing and retired in 2013 after 30 years’ service.

In June, Boyega stood with Black Lives Matter protesters in London and delivered an emotional speech referencing the death of George Floyd and his own experience of racism.

He said he knew footage of his speech would “go global” and worried he might not be cast by directors who felt he created “too much friction”.

“But how many actors do you know who have been in big franchises? It doesn’t necessarily mean that you’re going to have stability for the rest of your life.

“And when I was expressing my truth, in my anger, I was like, everyone’s going to see this. I said that, knowing there are helicopters above me.

“You know that moment is going to go global and if I don’t get cast because people or casting directors feel like it’s too much friction for what they’re trying to do…It is what it is.”

Asked whether he warned his management about his speech, he said: “You don’t know me, man. No advisers. No PR people. It was just me in that moment. It was just the intensity of the time and what was bubbling in our global community. To speak out wasn’t a strategic move. It just happened, really.”

Boyega said keeping his head down “doesn’t really sit well with me”.

Read the full interview in Radio Times, out now.