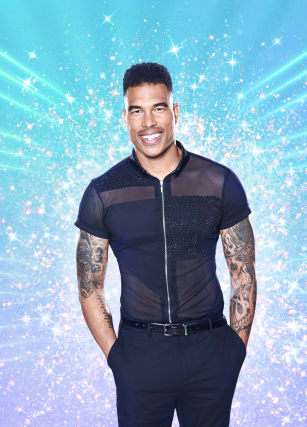 Former NFL player Jason Bell is the second celebrity to get the boot on Strictly Come Dancing.

Bell and his partner Luba Mushtuk performed their paso doble to Star Wars Theme in a bid to impress the judges and remain in the competition.

But he was defeated in the dance-off by Olympic boxer Nicola Adams and her dance partner Katya Jones who performed a jive to Greased Lightnin’.

Bell, who has a daughter called Anaiya with Girls Aloud star Nadine Coyle, described his time on the show as an “opportunity of a lifetime”.

When asked about his experience, the 42-year-old said: “I’ve had such a good time here.

“I mean really this is amazing – this is a brilliant place!

“This is the best group of people ever, this is amazing.”

The BBC dance show saw a dip in the ratings on Saturday night as couples took to the dancefloor just hours after the long-awaited result of the US election was called.

The flagship entertainment programme was still the most watched show across all channels on Saturday with an average of 9.5 million viewers and a 43.8% audience share, peaking with 10.4 million, according to the BBC.

This marked a dip on the average of 10.6 million who tuned in last week following a press conference shown on BBC One during which Prime Minister Boris Johnson announced a new month-long lockdown for England.

As the start of Strictly approached at 7.10pm, Mr Johnson’s Downing Street address moved to the BBC News channel to make way.

It is comparable to the series’ first live dance show two weeks ago, which attracted an average of 9.3 million viewers.