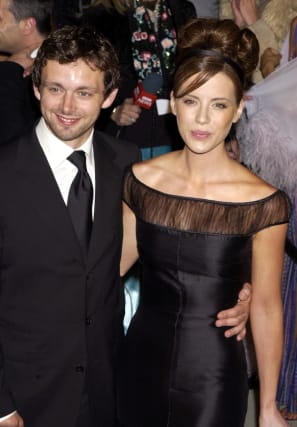 Michael Sheen has spoken about the struggle of travelling back and forth between the UK and the US after his split from Kate Beckinsale.

The former couple, who have a daughter, Lily, split in 2003 after eight years together.

Speaking to Annie Macmanus on her podcast Changes, he said: "Going through that experience of a relationship breaking down and having a young child, and then because of my daughter and her mum living in another country, having to make a life in a new place whilst going through that whole experience, which is difficult enough.

"I had no work visa to stay in America, so every time I left, I had to go back to Britain.

"I never knew if I would be allowed to come back in again. So I ended up having to get work in Britain because I wasn't really getting any work in America.

"It really made me question certain things about myself."

Sheen, 51, said he also found the glare of the media spotlight a struggle, adding: "That was hard particularly, because when I did do interviews or things like that for whatever projects I was working on...I just kept f****** up, I'd say the wrong thing in the interview.

"It took me a long time to learn. If there's the chance of you f****** up, just don't talk about it. And of course, people are going to want to try and get you to talk about stuff because that's how they make their career."

Changes with Annie Macmanus is available weekly on Apple, Spotify, Acast and all other podcast providers.