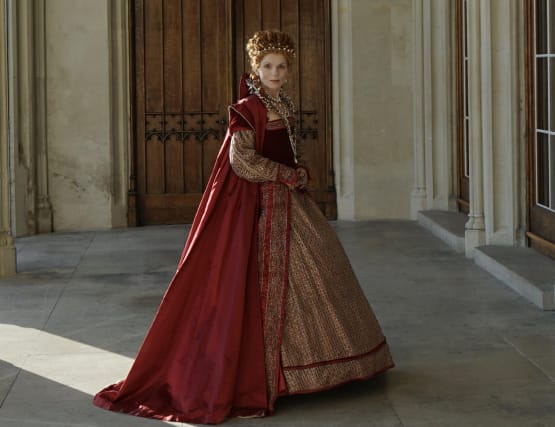 Geri Horner has transformed herself into Queen Elizabeth I to mark the launch of her new YouTube series Rainbow Woman.

The series will follow the Spice Girl on different adventures and feature music she has written.

The first episode, entitled Queen Speaks, will be a tribute to the Tudor Queen and will see Horner in full costume at Ashridge House, where Elizabeth lived as a princess until she was arrested by her sister Queen Mary in 1554.

The episode was shot in collaboration with Bafta-winning cinematographer Laurie Rose, who has worked on Peaky Blinders and Riviera.

Horner, who is a history enthusiast, will discuss Elizabeth's 45-year rule and her interest in poetry and the work of William Shakespeare.

Ben McOwen Wilson, managing director of YouTube UK, said: "Geri is an icon of British female creative achievement and we are so proud that Rainbow Woman is launching on YouTube.

"Suitably, the series launch is a grand tribute to one of Britain's most iconic Girl Power figures, Queen Elizabeth I.

"Rainbow Woman is a great example of diverse Britain and the incredible creative content that we love."

In pictures that echo the so-called "rainbow portrait" of Elizabeth, Horner can be seen in an auburn wig and a lavish red gown will a full skirt, as well as heavy pearl jewellery.

She can also seen posing with a black horse and carriage.

The series will premiere at 12pm on Sunday on YouTube, with a new episode every Sunday.