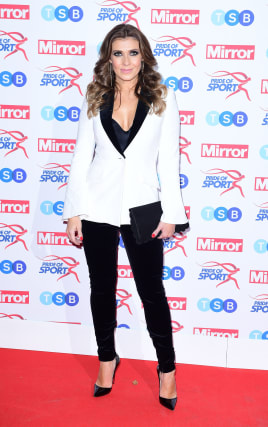 Kym Marsh has revealed she had a teenage crush on Coronation Street’s Simon Gregson, who later became her love interest on the long-running soap.

The actress joined Corrie in 2006 and played Michelle Connor until her departure n 2019. Michelle was the wife of Gregson’s Steve McDonald.

Marsh, who found fame as part of pop group Hear’Say, revealed she had a picture of Gregson on her wall years before they became co-stars.

The 44-year-old told The Sun: “It was very strange. I remember seeing him years ago when I was signed to an independent record label in Manchester.

“I was about 14 or 15 and there was this big gig going on, Dannii Minogue was playing, and Chesney Hawkes, that’s how long ago it is.

“And I couldn’t believe the McDonald twins from Corrie were there. I remember seeing him and thinking, ‘Oh my god, he is so gorgeous, he’s so handsome’.

“And then, years down the line, there I am as his girlfriend on Corrie. He thought it was hilarious.”

Marsh left Corrie in December last year after 13 years on the cobbles.

Corrie – which according to the Guinness World Records is the world’s longest-running TV soap – celebrates its 60th anniversary next month.

The anniversary week will see three storylines reach their conclusions while triggering events that will take the show into 2021, ITV said.