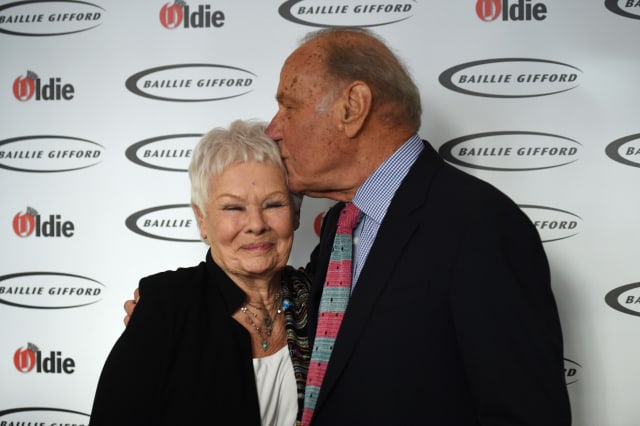 Geoffrey Palmer was known for roles in sitcoms including Butterflies and As Time Goes By, as well as his enduring kindness and famously hangdog expression.

The actor, who has died aged 93, worked across film, TV and radio during a six-decade career that saw him appear in British franchises such as Doctor Who and James Bond.

Born in London on June 4 1927, Palmer attended Highgate School in north London before serving in the Royal Marines between 1946 and 1948.

He launched his acting career with roles in ITV’s The Army Game, Ken Loach’s Cathy Come Home and The Avengers.

Palmer dabbled in theatre and was directed by Laurence Olivier in JB Priestley’s Eden End. He reportedly found the play so boring it put him off a stage career for good.

He turned to TV and found critical acclaim with a role in The Fall and Rise of Reginald Perrin and Butterflies, playing world-weary characters.

From 1992 he starred alongside Dame Judi Dench in the sitcom As Time Goes By, which followed former lovers who rekindled their relationship after more than three decades.

In 1997 he twice again shared the screen with Dame Judi – in the Bond film Tomorrow Never Dies, playing Admiral Roebuck, and in Mrs Brown, about Queen Victoria’s relationship with her servant John Brown.

His film appearances included A Fish Called Wanda, The Madness of King George and Clockwise, and he played Dr Price in the Fawlty Towers episode The Kipper and the Corpse.

Palmer’s hangdog demeanour was integral to many of his best-known roles, although it did not reflect his true personality.

A largely private man, Palmer was a keen fly fisherman and once appeared in a DVD series titled The Compleat Angler, in which he retraced Izaak Walton’s 17th century book of the same name.

In 2011 he joined the campaign to try to halt plans for the HS2 railway line, the proposed route running close to his home in Buckinghamshire.

In an interview with the BBC he described it as a “vanity project”.

His career also took in a number of memorable adverts.

He introduced the British audience to the slogan “Vorsprung durch Technik” in a series of adverts for Audi cars, and encouraged them to “slam in the lamb” for the Meat and Livestock Commission.

He married Sally Green in 1963 and the couple share two children including the director Charles Palmer.

He was made an OBE for services to drama in the 2004 New Year’s Honours List.