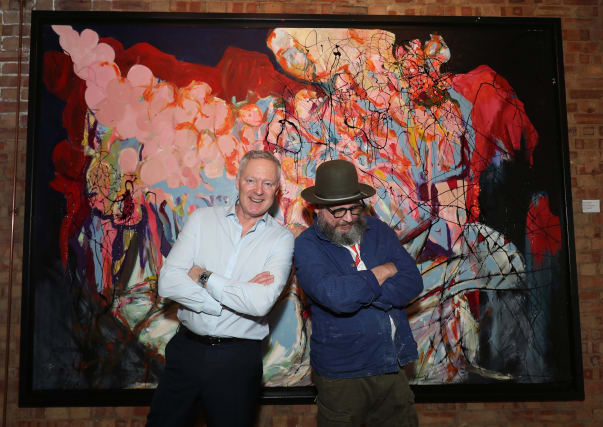 An artist whose work is being displayed in his first solo exhibition has credited impressionist Rory Bremner with launching his career after he saw his documentary on ADHD.

Monty Hitchcock said Bremner’s 2017 BBC programme ADHD And Me made him release he also had the condition.

After he went to see a doctor who confirmed the diagnosis, Hitchcock said he was inspired to start painting and his works are now being shown at The Union Club in central London.

He said he would not have started painting if he had not learnt about his ADHD.

Describing the moment he first thought he had the condition, he said: “My wife goes out and I decide to turn on the telly.

“I saw there and after about four minutes I thought, this is me.

“By the end of it I phoned up my wife, because she was out, and I said I just watched this programme and I think I’ve got ADHD.

Bremner told the PA news agency that “a lot of comedians, a lot of artists and a lot of creatives” have ADHD, which has symptoms including constant fidgeting, chattiness and poor concentration.

“The positive side of ADHD is that although you may be disorganised, nevertheless you have a particularly active and imaginative and quick brain,” he said.

“It can either work against you or work in your favour.”

He said that a lot of people have got in touch with him to say the documentary helped them to release they have the condition.

Bremner added he thinks there will soon be a “breakthrough” in public understanding of ADHD.

“I think it’s a condition whose time has come,” he said.

Hitchcock’s work will be shown at The Union Club until December 23.