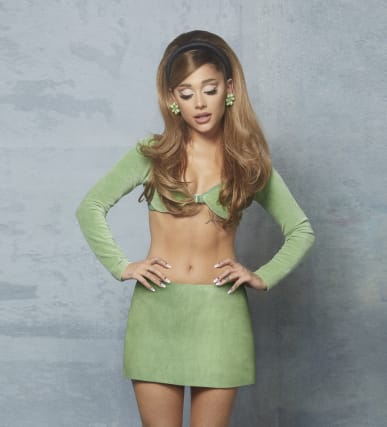 Ariana Grande has secured double chart domination after her sixth album Positions and its title track both topped the UK charts.

Positions is the US pop star’s fourth consecutive number one album, earning 27,500 chart sales, including 27.6 million track streams, according to the Official Charts Company.

Additionally, the single Positions remains at the top of the singles chart for a second week.

She is the fourth artist to achieve the chart double in 2020 – following the successes of Drake, Eminem and Stormzy.

It is also the second time she has claimed the double after her Thank U, Next album and Break Up With Your Girlfriend, I’m Bored single topped the charts in the same week in February 2019.

Grande is the first female artist to score consecutive chart double wins in nearly 10 years, since Rihanna in 2011.

Sir Cliff Richard, 80, is at three with Music… The Air That I Breathe and becomes the first artist to score a top five album in eight consecutive decades.

The veteran performer’s first entry on the Official Albums Chart was the chart-topping Cliff by Cliff Richard And The Drifters in April 1959, which reached number four.

Last week’s number one, Bruce Springsteen’s Letter To You is at number four while Sheffield rockers Bring Me The Horizon are at five with Post Human – Survival Horror.