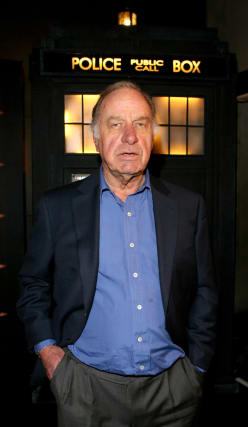 Geoffrey Palmer has been hailed as “a treasured member of the Bond family” following his death at the age of 93.

They said: “Our thoughts are with Geoffrey’s family and friends.

“He was a much beloved star of TV and film and a treasured member of the Bond family.”

Palmer’s agent confirmed on Friday that the star had died “peacefully” at home.

Comedian Eddie Izzard was among those remembering the actor.

He tweeted: “Very sad to hear that Geoffrey Palmer has left us.

“I was very excited to meet him once and then had the honour to act with him in the film Lost Christmas.

“His work will stay with us and through that he can live on forever. Good work Sir. Rest in peace.”

Former Doctor Who actress Katy Manning also paid tribute to Palmer, who appeared in the long-running show on a number of occasions.

She said: “So sad to hear that the wonderful doleful looking #GeoffreyPalmer has gone on his awfully big adventure. marvellous actor, a pure joy to work with & very funny man. He has left us with great memories & a huge legacy of terrific work.”

Comedian Marcus Brigstocke, who starred with Palmer in the BBC One sitcom The Savages in 2001, said: “The beautiful Geoffrey Palmer has died. He was the kindest, most brilliant man. Funny, gentle and generous. Geoffrey played my Dad in ‘The Savages’ & I learned so much from him. RIP.”

Actress Annette Badland said: “RIP Geoffrey Palmer. He was such a gifted actor and enormously good company. We worked together several times, laughed a lot and he was kind and generous. I am much saddened. Love to his family. Sleep well Mr Palmer.”

She said: “I filmed Zoo in Rotterdam with Geoffrey Palmer in the 80s. I will never forget his famously hang dog lugubrious face every morning saying ‘I’ve no idea what’s going on’… he was just lovely. RIP.

“Geoffrey Palmer years later during a radio play told me he’d just received a residuals cheque for Vorsprung Durch Technik. ‘I just called my agent & said they’ve put too many 0’s on the cheque.’ After lunch he said ‘Apparently they haven’t’. His face didn’t change.”

“An immaculate singular actor, always brilliant in everything, but my favourite was always Ben Parkinson in ‘Butterflies’.”

Broadcaster Gyles Brandreth tweeted: “RIP Geoffrey Palmer – such a wonderful actor, such a lovely guy. Brilliant at his craft & just the best company: wickedly funny… he did everything he did so well. Thanks for all the happy memories Geoffrey: we’ll cherish them as time goes by.”