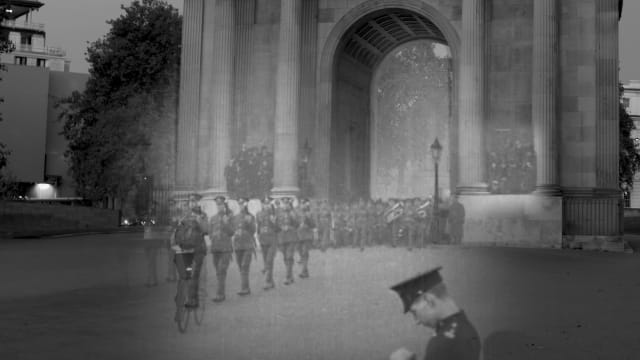 Military Wives Choirs are commemorating the centenary of the burial of the Unknown Warrior.

Members from across the country re-recorded Abide with Me, a hymn originally sung at the burial at Westminster Abbey.

It is being released digitally this Friday ahead of Remembrance Sunday and backed by Westminster Council.

Some 70 members of the choirs – who inspired a recent film – travelled from around the UK to record each vocal part individually due to Covid-19 restrictions.

Julia Hudson, the choirs’ music and performance manager, said: “Our choir members have come from all over the country during challenging times to produce something that fittingly commemorates the centenary of an event that brought people together during the most difficult times this country has ever faced.”

Councillor Mark Shearer, member for St James’s ward and armed forces champion at Westminster City Council, called it a “moving commemoration of the centenary of the burial of the Unknown Warrior”.

Military Wives Choirs is a charity that brings women in the military community together through singing.

The song will be accompanied by a music video and a documentary online following the Journey of the Unknown Warrior, as told by the Military Wives Choirs.