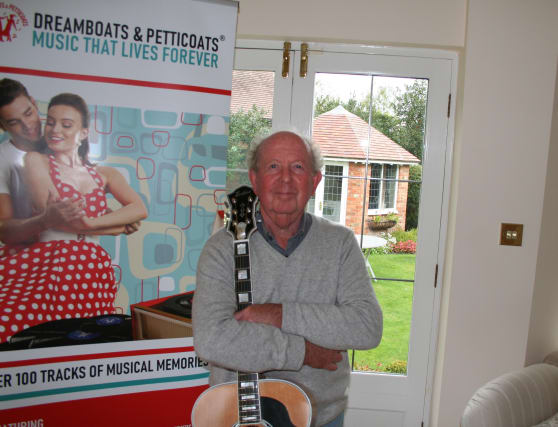 John Denver was left "absolutely furious" after hearing The Barron Knights' comedy version of his '60s hit Leaving On A Jet Plane.

Founding member Peter "Peanut" Langford revealed the American singer-songwriter failed to see the humour in their cover, titled Heaving On A Jet Plane, about a drunk Australian tourist at Heathrow Airport.

The band, who formed in Bedfordshire in 1959 and became famous for their "pop parodies", have aped stars including The Beatles, the Rolling Stones and Supertramp across a 60-year career, yet remain popular among their musical contemporaries.

However, Langford said Denver and fellow American Billy Joel were the only two acts who took offence at their comic rewrites.

"It was all about an Australian who got drunk at Heathrow Airport.

"He rang the publishers in London to say, 'You've got to take that off so it's never played on the radio, never watched on television', whatever, or else he would take his songs off that publishing company.

"The other one was Billy Joel. He was very anti anybody doing a parody of any of his songs so we couldn't do it.

"We actually wrote a parody about a Scotsman who was quite mean and wouldn't buy anybody a drink. It was The Longest Time and we couldn't get permission for it."

Langford said he thought it was "definitely" the case British acts had not complained because they understood and enjoyed the humour.

He said: "When we did Top Of The Pops all of the bands used to come up to us and say, 'Can we be on your next record?' That's what it is.

"The guy who did Hit Me With Your Rhythm Stick, Ian Dury, he told us no band had made it in the UK unless The Barron Knights have had a go at them – and that was put in print.

"It was just a bit of fun. It wasn't a problem. I don't think anybody would ever be hurt or upset in this country. We didn't have any problems at all with anybody."

He also recalled the time Princess Anne, who is patron of Save The Children, asked to join the group after they performed at an event for the charity.

He said: "She asked us to do shows for her Save The Children and we had to do them not in theatres but in nightclubs, which hold about 1,000 people.

"We did our show and we met her the first time, we met her the second time, and then after the third show you have to stand backstage in a long line.

"It all goes quiet and she walks in. She was smiling and she said: 'If you have got a white suit that I can fit with, I could join your band because I know your act now.'

"But she was very sweet and very lovely."

The song parodies the Searchers, the Dave Clark Five, the Bachelors, the Rolling Stones and the Beatles, imagining them being conscripted into the British Army.

Dreamboats & Petticoats: Music That Lives Forever is released on November 6 on Decca Records.