Gary Lineker reveals refugee he hosted did not like football 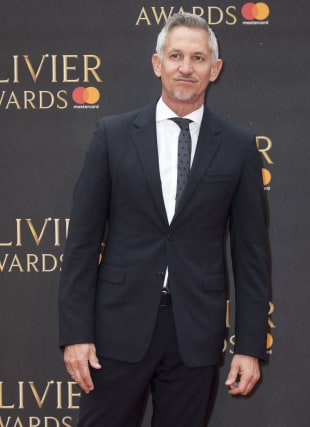 Gary Lineker has said that a refugee he recently hosted in his home did not like football.

The Match Of The Day host, 59, recently welcomed a displaced person into his Surrey property through the charity Refugees At Home.

Rasheed, from the mountainous Balochistan region which straddles Pakistan and Iran, lived with the former footballer for 20 days while studying a law course.

But he showed no interest in football and was not “overly keen” on cricket either.

Appearing on BBC Radio 5 Live, Lineker said: “I didn’t know what I expected but he was exceptionally polite, helpful in his time.

“He was mostly studying. Obviously some days it was difficult to get to his university.”

Asked by host Emma Barnett whether Rasheed had liked football, he replied: “No, not really. I watched a couple of games with him and I was trying to explain the laws and stuff.

“I don’t understand most of them myself most of the time with VAR these days.

“And actually, he wasn’t even overly keen on cricket, which I thought he probably would be. We are, so we watch a lot of that.”

Lineker said Rasheed had been “warned to a degree” that his host was “known in the public eye”.

He added: “He did after a little while (say) ‘Oh yes, I Googled you’, so he probably knew too much.”

In recent months the Home Office has come under scrutiny over the numbers of migrants crossing the Channel to reach the UK.

Lineker has been critical of the Government’s response, describing it as “heartless and completely without empathy”.

He told Barnett that Rasheed had come to the UK to continue his law studies and help with the region’s campaign for independence.

He said: “He is already a lawyer in his own country but he has fled there because a lot of people every day are going missing in his country for years and years and years.

“He wants to come here and take his law degree further by going to university.

“He was a very smart guy, he has got a motive in life and he wants to go back and, as he describes it, free his people.”