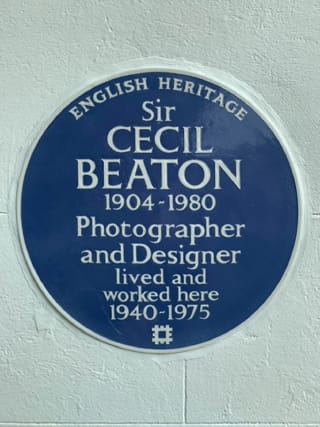 A blue plaque has been unveiled at late photographer Cecil Beaton’s home.

The fashion and society photographer welcomed visitors from Greta Garbo to the Queen Mother at 8 Pelham Place in South Kensington, west London, his residence and studio for 35 years.

He took portraits of Sir Mick Jagger, Twiggy, playwright Arthur Miller and artists Gilbert and George at the address.

English Heritage senior historian Howard Spencer said: “Cecil Beaton was renowned not only as a highly innovative portrait photographer but also for his Oscar-winning work as a designer on films like Gigi and My Fair Lady.

“It seems fitting to honour him at the address that he called home throughout some of the most pivotal points of his career.”

Beaton also took pictures of the royal family, and was Vogue’s long-running chief photographer, a war photojournalist and a diarist.