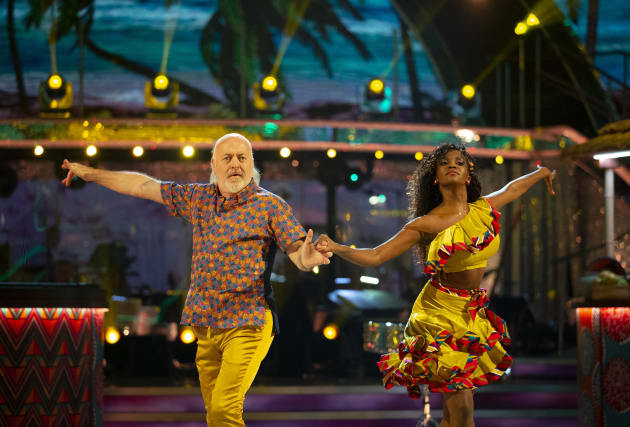 Bill Bailey has said he does not want to be a “comedy act” on Strictly Come Dancing and is trying to take his routines seriously.

The comedian, who is partnered with Oti Mabuse, told BBC Two’s It Takes Two that people perhaps expected him to try to amuse the audience with “jokey stuff”.

But Bailey has won praise from the judges, with Craig Revel Horwood previously labelling him Doctor Do A Lot after the comedian performed a routine inspired by the Doctor Dolittle film.

Bailey said: “I think what I really wanted to do was pay real attention to the dance and the choreography because Oti is such a brilliant choreographer and thinks about the routines so well that I wanted to pay due diligence to that, and I wanted to give it my all.”

When asked about how he has been affected by being praised by the judges, he said: “I think if anything it encourages you to push more and to try and improve, and to constantly try to push yourself and really try to make the routine work.”

Bailey also said that after his last performance included an appearance by a computerised elephant he had been contacted on social media by someone concerned about animal welfare.

He said: “What were they thinking, it is like some new hybrid programme, Strictly and the seven worlds?

“This week, we are teaching a monkey to rumba, these four crabs will be dancing the samba.

Bailey and Mabuse, who won the show last year with Emmerdale actor Kelvin Fletcher, will do a paso doble to The Good, The Bad And The Ugly theme tune for their next dance on the programme.