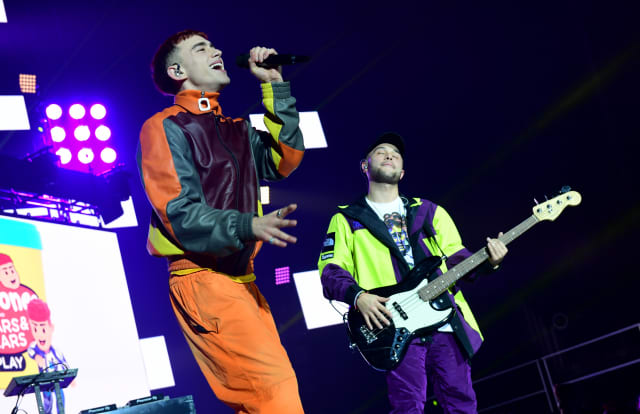 Years & Years singer Olly Alexander has applauded Nicola Adams for her “amazing” performance to his song on Strictly Come Dancing.

The Olympic boxer, who is part of the first same-sex pairing on the BBC One show, chose to dance the street/commercial style to Shine by the synth-pop trio during last week’s programme.

The 38-year-old and her professional partner Katya Jones scored three eights, earning them a total of 24 and placing them towards the top of the scoreboard.

Alexander, who is gay and a vocal LGBT advocate, recorded a video message for Adams which was shown on BBC Two spin-off It Takes Two on Wednesday, prompting a surprised reaction from the sportswoman.

He said: “Your performance was so good last weekend. Thank you so much for dancing to our song. You and Katya were amazing and I can’t wait for this weekend. I am going to be watching. Best of luck. You are going to be amazing. You’re smashing it.”

This weekend Adams and Jones will dance a jive to Greased Lightnin’ from Grease during movie week.

Reality star Jamie Laing, who narrowly escaped elimination at the weekend, will perform a Charleston to Zero To Hero from the Disney film Hercules with his partner Karen Hauer.

Former home secretary Jacqui Smith was the first star to waltz off the dancefloor on Sunday, alongside her partner Anton Du Beke.