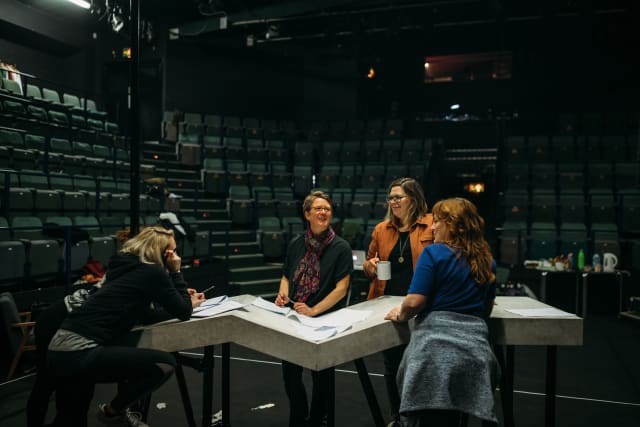 More women are working in creative roles in subsidised theatres in Scotland than five years ago, a new study has suggested.

The research from award-winning theatre company Stellar Quines and Christine Hamilton Consulting shows an increase in the proportion of females in these positions in 2019-20 compared with 2014-15.

Women accounted for 48% of creative roles across all categories in 2019-20 compared with 39% in 2014-15, while 54% of theatre companies had females in artistic leadership roles compared with 38% previously, according to the study.

It is the second part of the Where Are The Women? report with Ms Hamilton’s initial findings published in 2016.

She said: “Real progress has been made on equality of opportunity for women in Scottish theatre.

“The task now is to sustain these gains and build on where we are today – 51% of the population is female.

“However, we cannot ignore the difficulties facing women from minorities who make up this 51%.

“That’s the challenge that still faces us.”

Jemima Levick, artistic director and chief executive of Stellar Quines, said: “We are really heartened to see these improvements since Christine’s original report.

“It suggests that the Scottish theatre industry took notice and acted to reverse some of the cripplingly low figures previously reported.

“The new report enables Stellar Quines to understand where there are still gaps and how we might address those.”

She added: “Crucially, our next move is to ensure that further qualitative research begins – looking at the size and scale of productions being worked on, how strategy and decision-making is evolving, the roles that haven’t yet been recorded here and, most importantly, the intersectional picture so that we better understand how diversity sits across these figures.

“While this is Christine’s last piece of formal research, it is just the beginning for Stellar Quines and we are excited to continue where she leaves off.”

The full report can be downloaded online at https://www.dropbox.com/sh/5q6xpwkmzmdf5sj/AADuNcpqILGKInrNL5tJsJIJa?dl=0.