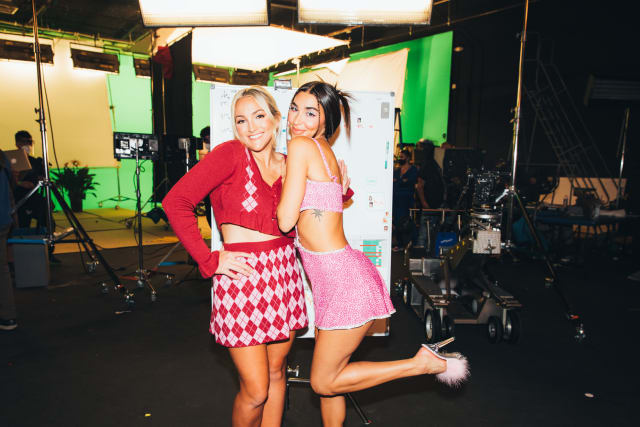 Jamie Lynn Spears has said she hopes the upcoming Zoey 101 reboot will see main characters Zoey and Chase “walk off into the sunset together”.

However, the actress and singer said they would first have to go through an up-and-down relationship like Ross and Rachel from the sitcom Friends.

The 29-year-old, the younger sister of Britney Spears, starred as teenager Zoey Brooks in the Nickelodeon series about a fictional boarding school in southern California.

Spears said the project was “definitely happening” and the team had found a creative direction they were “all very happy with”.

Speaking about Zoey and her love interest Chase Matthews, originally played by Sean Flynn, she told the PA news agency: “I think that in the first episode of the reboot obviously we can’t have them together and happy and everything is perfect because you won’t watch the second episode.

“So I definitely feel there is very much a Ross and Rachel kind of vibe where they love each other, they are supposed to be together but they just keep missing each other.

“I feel like in our own way we will meet them on the reboot kind of not together but still very much in love, but just not together.

“And hopefully by the end of it all we have to have them walk off into the sunset together. I think that everyone is rooting for them to do that.

“That’s what I am hoping. I am not the writer. We will let the writers write that properly. But that is what the plan is in my heart as a Zoey fan.”

Spears has teamed up with DJ Chantel Jeffries to record Follow Me (Zoey 101), a reimagined version of the theme song.

The music video reunites the original cast of Zoey 101 and also features a younger generation of TikTok stars including Dixie D’Amelio.

Spears said: “We wanted to make sure that we didn’t take ourselves too seriously with the music video because it is about bringing a little bit of the old with the new.

“We couldn’t just do 100% OG (original) because we wanted to marry the two generations.

“Bringing them together and marrying the two generations was really important to us so that way we could give the OG Zoey fans what they wanted, and respect what they wanted, but also bring in some new fans and kind of laugh at ourselves.

“Like who do we think we are? We are 30-year-olds trying to keep up with the young kids.

“But we can both come together and appreciate what it is. And that was what was so important about the music being done the way Chantel did it. And the video had to match that.”

Jeffries said: “I was such a big fan of Zoey 101 growing up. My big dream was to go to Pacific Coast Academy and I used to wish that that was my life.

“When I got the chance to work with Jamie it was really cool to work on something that was really nostalgic to me.”