Gillian Anderson discusses her approach to playing Thatcher in The Crown 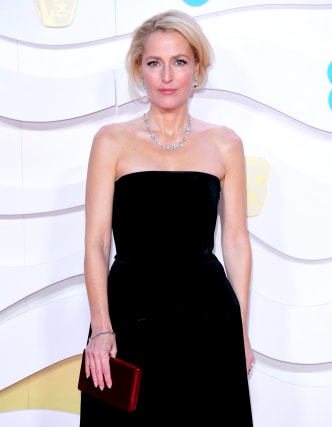 Gillian Anderson has said she had to put her views about Margaret Thatcher out of her mind when she portrayed the former prime minister in The Crown.

She told Harper’s Bazaar, who named the actress among their women of the year, that she wanted to capture the politician as a “human being”.

The X-Files star will play Thatcher in the fourth series of Netflix’s hit series, which will be available later this month.

“I had to get to a point where it’s nothing to do with my opinions of her policies, of her actions,” Anderson, 52, said.

“It is only about her as a human being and her motivation as a politician and as a mother.”

Anderson also discussed working with her partner Peter Morgan, who created the series.

The former star of The X-Files said she is good at “compartmentalising” her life and is able to switch off from her roles.

“I think I learnt that quite young, being a young mother, in a really intense TV series where it was either full on on-set, or I was in my trailer having to shut the door and no longer be that person but be mum,” she said.

The December issue of Harper’s Bazaar is on sale from Thursday.