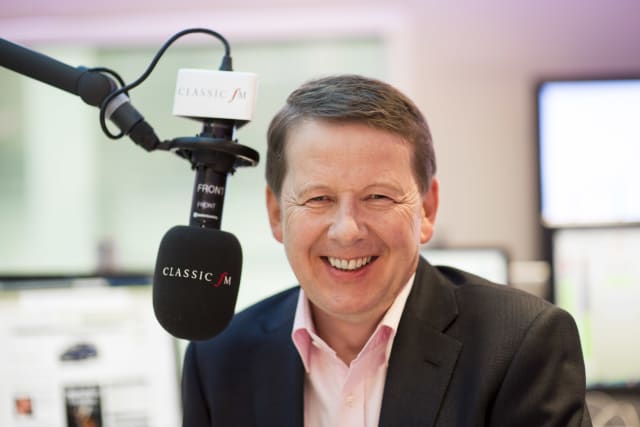 The Classic FM presenter, who is hosting his soothing Pet Sounds show for a third year running, said he expected there to be an increase in “freelance firework activity” due to lockdown.

The RSPCA has also warned the 2020 firework season could be the worst for animals for decades.

Pet Sounds will present a selection of down-tempo classical pieces to keep pets and their owners calm in a season of fireworks.

Turnbull, who owns three female black Labradors aged three, 11 and 14, told the PA news agency: “The difficulty is there won’t be so many organised shows going on which means there will be a lot more freelance firework activity, which means more noise rather than less, which is unfortunate really.

“By doing shows at least we can help people in that respect. We will have an on-demand pet playlist and we will be giving people advice, as proposed by the RSPCA, on how to keep their pets calm during these times.”

Turnbull’s musical choices will all be connected to animals, including the Pavane by Gabriel Faure, who was known as The Cat due to his good looks and charm, as well as music from Richard Wagner, whose pets included a Cavalier King Charles Spaniel called Peps and a St Hubert hound named Pohl.

There will also be a performance of Camille Saint-Saens’ The Carnival of the Animals by the Kanneh-Mason family.

Former BBC Breakfast presenter Turnbull, 64, recalled the impact the show had had on his listeners’ pets in previous years.

He said: “It means so much to people when their pets are really distressed. They listen to the music and they just calm down. It’s extraordinary.

“Studies have shown that listening to classical music lowers your heartbeat, lowers your blood pressure at least for a while, and it works on dogs and cats, and I think maybe other animals too.”

However, Turnbull warned it was likely people would continue to let off fireworks across the month.

He said: “The firework season extends for a long time, especially in cities. The trouble is, when you hear a firework as a human you know what it is and you can say ‘Oh well’ even if it gives you a shock. But you can’t explain that to a dog or cat. They don’t know what it is and so it is very distressing.

“For days they have no idea what is going to happen next so understandably they get really sometimes distraught about it. They don’t know where it is coming from and how much of a threat it is. Fortunately, the music does help them.”

RSPCA welfare expert Dr Mark Kennedy said: “We know that a lot of animals find fireworks distressing and that classical music can help some pets relax and mask the sounds of loud fireworks, so we hope Classic FM’s Pet Sounds will help animals and their owners.

“If your pet finds fireworks distressing, then we’d encourage you to seek advice from your vet or a clinical animal behaviourist.”

A second programme will broadcast on Saturday November 7 from 7pm to 9pm, traditionally the busiest evening of the year for firework events.