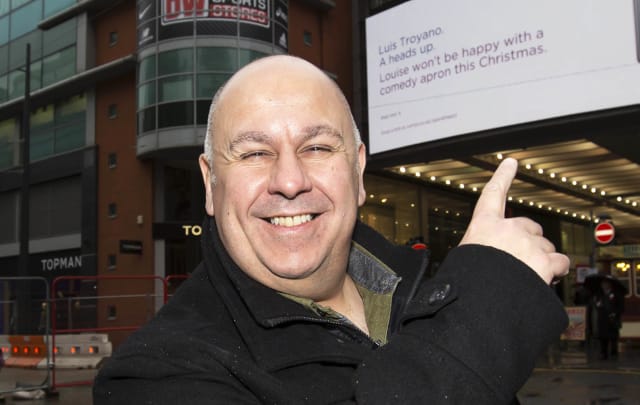 He appeared in the programme in series five in 2014, during which he was awarded star baker in the third week of the competition.

He died of cancer at the age of 49, according to his agent.

Troyano competed in the final alongside Richard Burr and Nancy Birtwhistle, who went on to win the series.

“We are deeply saddened to hear that Luis Troyano has passed away,” said a post on Bake Off’s Twitter page.

“It was a huge honour and pleasure to have him in the Bake Off Tent for Series Five.

“Our condolences and thoughts go out to his friends and family.”

Among his creations on the programme were rye bread rolls flavoured with carrot and parsnip and his black forest cherry tree.

On making the final, the Stockport-born baker said at the time: “I was absolutely ecstatic to reach the final, I feel really happy that I have got to this stage.

“Regardless of the outcome, all your family and friends are so proud that you have done so well – just to have survived 10 weeks in the tent is a huge achievement.

“The time went by in the blink of an eye, it was so quick.”

“A fantastic man with a love of baking that saw him get to the finals of GBBO, write a wonderful book, Bake It Great and do so much more.

“Always in our thoughts.”

She also shared a link to a Macmillan Cancer Support fundraising page set up in memory of Troyano, which has currently raised more than £1,000.

Troyano, who was brought up by Spanish parents, was a trained graphic designer and his hobbies including playing the ukulele, making model aeroplanes and beekeeping.

A number of former Bake Off stars paid tribute to Troyano following his death.

Former contestant Ali Imdad, who took part in the fourth series of the programme in 2013, tweeted: “The thing about death is that, for Luis, he gets to live on in the legacy of people who were inspired to bake because of him.”

Martha Collison, who starred alongside Troyano in the 2014 series, said she would be “baking something special today in memory of our beloved baker and friend”.

“A true gent with the biggest laugh, you will be so missed – an honour to share that tent with you, King Luis,” she added.

The programme’s 2016 winner Candice Brown said on social media: “The bake off family will miss you Luis. A real gent and a pleasure to know.

“Sending so much love and strength to your friends and family.”