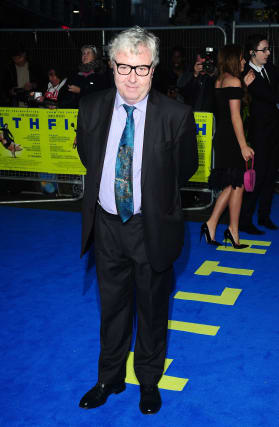 John Sessions has been hailed as a “true talent” following the death of the actor and comedian.

The star, who enjoyed a career across TV, film and the stage, died on Monday aged 67.

He was known for regular appearances on shows like Whose Line Is It Anyway?, QI and Have I Got News For You, and for his work on Spitting Image.

His agent Alex Irwin said in a statement: “It is with great sadness we can confirm that on Monday, the actor John Sessions died at his home in south London.

“He will be hugely missed.”

Panel show QI said in a tweet: “John Sessions was a panellist on QI’s first ever episode: Series A, Episode One, ‘Adam’.

“His incredible wit and encyclopaedic knowledge played a huge part in the show’s history and everyone at QI is deeply saddened to learn of his passing.”

Broadcaster Danny Baker shared a poster for radio series Beachcomber… By The Way and wrote on Twitter: “Shocked to hear that John Sessions has died at 67.

“Terrific company always and a true talent. His roles at the heart of this, my favourite radio series, have given endless pleasure to me and will continue to do so always. Travel easy, chum.”

Actor and writer Robert Webb paid tribute to Sessions and fellow comedian Bobby Ball, whose death was announced at the weekend.

“Two very different performers who both absolutely inspired and delighted me at different times. Lovely, funny men,” he said.

The Scotland-born actor’s big-screen credits included Kenneth Branagh’s Henry V, The Good Shepherd, The Merchant Of Venice and The Bounty.

He was also known for his surreal performances on his one-man TV shows.