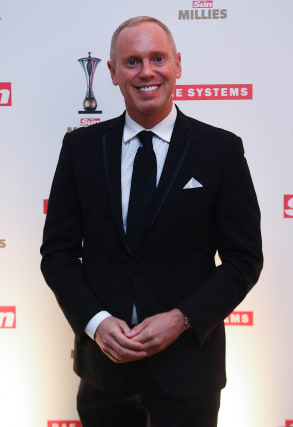 Robert Rinder has said preserving the historical lessons of the Holocaust is “increasingly a challenge” as the number of living survivors decreases.

The barrister and TV judge explores the stories of Jewish families in a new BBC series.

He said exploring the genocide was “an incredibly loud expression of a warning of never being complacent in the democracy we’re in”.

He added: “I’ve always worried, and it’s increasingly a challenge, that as the survivors dwindle into the horizon of history, that the Holocaust has gone into historical arm’s length and it’s presented through the alienating prism of black and white, a detail of history which is less compelling unless you hear it out of the mouth of the survivors, who sadly are fewer and fewer these days.”

Rinder said he wants “to be part of an ongoing conversation, as we all should be, talking about historical memory and telling each of these people’s stories”.

He described making the programme as “the most profound thing I’ve ever done and the thing I’m definitely most proud of”.

“What I’m hoping people see as they watch is just how modern things were in late 1930s Amsterdam, France and especially Germany, a sense that it feels connected to where we are today.

“Watching the programme, having stood on some of the ground, I was reminded, fortified in the sense that I will never think that I’m at the apex of western civilisation, that as I sit here in my house in Islington that somehow this can’t happen again.”

My Family, The Holocaust And Me starts on Monday November 9 at 9pm on BBC One.