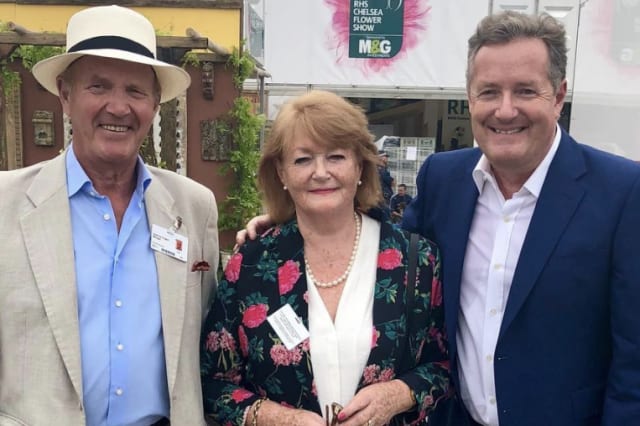 Piers Morgan has revealed that both of his elderly parents are currently battling the coronavirus.

While hosting Good Morning Britain on Monday, the journalist disclosed that his mother Gabrielle and stepfather Glynne Pughe-Morgan had contracted the virus from someone in their social bubble.

"I'd like to say something to my parents," the 55-year-old began.

"They are both battling Covid at the moment and have been for two weeks and... it's a scary thing for a family when your elderly parents are fighting it, they are both in their mid to late 70s, and they got it two weeks ago from someone in their family bubble and they had to go out and they were very sensible but got the virus and then bang, it was like dominoes."

My parents at the Chelsea Flower Show today, just before Dad told Nigel Havers he thought he was 'great in that Jeremy Thorpe drama last night.' ��

He said it had been "a long two weeks", adding: "It's the worry and for the families on the outside who can't get in there to help their parents or their grandparents. It is the isolation of people... it's been a very sobering insight."

Morgan was born Piers O'Meara, and later took on his stepfather's surname.

Monday's instalment of the breakfast programme also saw Kate Garraway divulge that her car had been stolen, with Morgan branding the thieves "scumbags".

READ MORE: Piers Morgan on why he likes being 'controversial'

The Smooth Radio host was on the programme to discuss husband Derek Draper's progress after sharing at the weekend that he had said his first word since being put into a coma.

Draper fell ill with the coronavirus back in March, and while he is now Covid-free and has been brought out of the coma, he remains in minimal state of consciousness.