Nimax Theatre boss calls for support for freelancers and self-employed 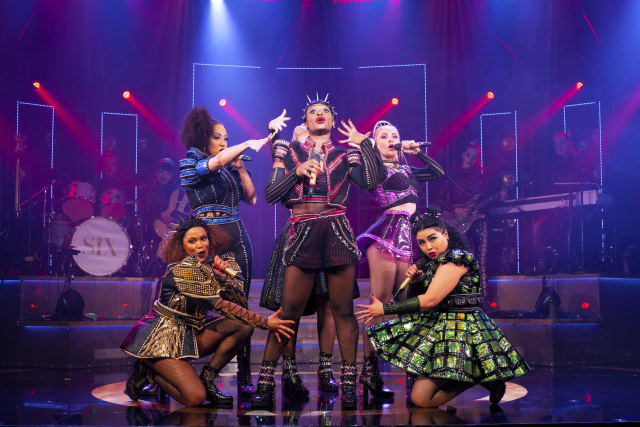 The boss of Nimax Theatres has urged Rishi Sunak to reinstate support for self-employed and freelancers as she announced her theatres will reopen from December 3 following the second national lockdown.

Nica Burns said performances of Six, the musical about Henry VIII’s wives, will open on December 5.

It was previously announced the musical would temporarily move from the Arts Theatre to the Lyric on Shaftesbury Avenue for an 11-week run with social distancing from November 14.

Former NHS doctor Adam Kay’s show This Is Going To Hurt was already performing socially distanced shows at London’s Apollo Theatre and will resume at a date to be confirmed.

Burns said: “Thank you Rishi Sunak for announcing so quickly the return of furlough alongside lockdown two.

“We would be grateful if you could put the concerns of the self-employed and freelancers at rest by swiftly reinstating the same support for them as you did for lockdown one”.

“Nimax will be reopening our six West End theatres in sequence with social distancing and preventative measures from December 3 following the end of the current lockdown on December 2.

“Ticket sales for all our shows have been excellent: our first show to open, Adam Kay at the Apollo, had to add additional performances to fulfil audience demand.

“Cameron Mackintosh’s Les Miserables staged concerts at the Sondheim Theatre sold out in 24 hours and if you want tickets for producer Michael Harrison’s pantomime at the London Palladium, move quickly!

“Audience feedback regarding our social distancing and preventative measures has been very positive and their safety continues to be a priority for all venue operators.

“The Government has said they want to preserve Christmas. Going to the theatre at Christmas is a tradition for many.

“Every theatre that will be open looks forward to welcoming our audiences back safely from December 3 after lockdown ends, and giving them a great night out.”

The Potted Panto will open at the Garrick on December 5, while musical Everybody’s Talking About Jamie will reopen at the Apollo on December 12. It had been due to return on November 28.

The Play That Goes Wrong  will return to The Duchess from December 9.