Further details revealed about this year’s BBC Children In Need 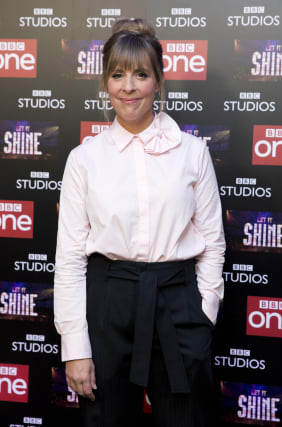 Entertainment from Strictly Come Dancing, EastEnders and Doctor Who will feature in BBC Children In Need 2020.

This year’s programme marks the 40th anniversary of the charity appeal first appearing on television screens.

This year’s programme will be hosted by TV presenters Mel Giedroyc and Alex Scott and comedians Stephen Mangan and Chris Ramsey.

There will also be musical performances from the casts of West End shows Cinderella The Musical and Six.

There will also be a special sketch performed by the cast of The Goes Wrong Show.

The finale of The One Show’s rickshaw challenge, which is raising money for BBC Children In Need, will also be broadcast.

Pudsey Bear: Behind The Bandana will also share information about the bear who fronts the charity appeals, while there will also be a segment from The Repair Shop.

Exclusive content from Strictly, EastEnders and Doctor Who will also be broadcast.

Giedroyc said Children In Need is a time when “the country comes together in a very brilliant and simple way”.

She added: “We are reminded that children are the most precious commodity we have in society and that they need nurturing and helping.

“It’s more important this year than ever before.”

The presenter said 2020 “will be remembered as a very challenging year”.

“But this year more than ever, anything you can donate, literally anything, will be so unbelievably gratefully received,” she said.

“This year more than ever we need to pull together and show that we can help children – more children living on the poverty line, more children dealing with mental health issues, more children likely to fall through the cracks in society if we are not there to give them this vital support.”

BBC Children In Need will be broadcast live on November 13 at 7pm.