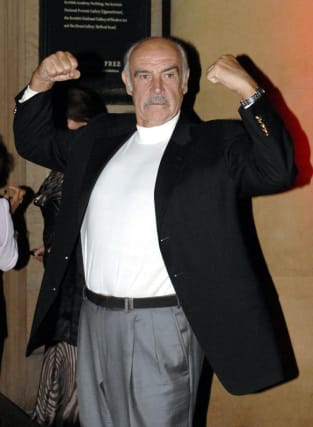 Trailblazing James Bond actress Trina Parks has told of her sadness following the death of the “exquisite” Sir Sean Connery.

Parks was the first African American woman to be cast in a James Bond film, starring as bikini-clad bodyguard Thumper in 1971’s Diamonds Are Forever.

In one memorable scene, it appeared as though Thumper was about to become another conquest of Sir Sean’s dashing secret agent before she felled him with a blow to the groin.

Parks, 73, paid tribute to Sir Sean following his death on Saturday at the age of 90, telling the PA news agency she was saddened but not shocked after hearing of his ill health and described working with him as an “honour”.

She recalled how she did not know who Hollywood star Sir Sean was when she was cast in Diamonds Are Forever and had never heard of James Bond.

She told PA: “I didn’t even really see a picture of him, because I’d never been to see a James Bond movie. The first movie I saw was the one I was in.

“Because there were no computers or cell phones or anything like that around then, I couldn’t even look him up to find out anything about him.”

Parks said Sir Sean was a gentleman on set and before shooting in Palm Springs, California, invited her to breakfast to break the ice.

“We had a good rapport,” she said. “It was like we had worked together, or were friends at least, beforehand. And that’s how comfortable it was because I was comfortable with him. He was just so gracious.”

It was only when the movie had wrapped that she realised she had worked with a Hollywood heavyweight.

Parks said: “People were calling me, a lot of my dancer friends, asking ‘do you know that you were with Sean Connery?’ ‘Yeah, I just did a movie with him’.”

Of her fight scene with Sir Sean – which ended with him holding her head under the water of a swimming pool – she said: “It was so much fun. I’m from the theatre and it was as if I was rehearsing for a production. But it was just a lot of cameras in front of me. That’s how I took it.”

Parks, who is from New York, said she never had any trouble understanding Sir Sean’s famously-strong Scottish accent, adding the actor was nothing but respectful on set – an experience that was not always the case for black actresses in the 1970s.

She revealed that her being the first African American Bond girl never came up in conversation.

She said: “On the set, if you’re changing scenes or the other actor is looking at the script, you don’t want to start having a conversation or socialising, that’s not that what you do on a set.

“That’s why it was so nice of him to ask me to come to breakfast before we were being picked up, to kind of talk to him a while. ”

After filming Diamonds Are Forever, Parks did not see Sir Sean again until the 1990s, when she was waiting for a bus and spotted the actor shopping with wife Micheline on Madison Avenue in New York City.

She told of her joy at seeing her former co-star again and her sadness at his death meaning he will not be able to take part in a 50th anniversary reunion for the seventh Bond film.

Asked if she thinks Sir Sean is the greatest ever Bond, Parks said: “Of course I do. And I’ve seen all of them.”