Theatres group seeks ‘urgent clarification’ on whether rehearsals can continue 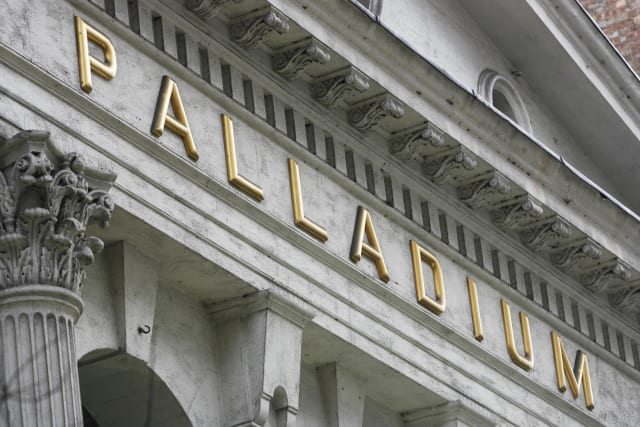 The Theatres Trust has called for “urgent clarification” on whether rehearsals for Christmas productions including pantomimes can go ahead.

A number of productions, including Les Miserables in the West End and a panto at the London Palladium, are due to return to the stage with socially distanced audiences over the festive period.

However, these have been thrown into doubt following the announcement of a one-month lockdown in England from Thursday.

Jon Morgan, director of the advisory public body the Theatres Trust, said he is seeking clarification on whether rehearsals can continue, as without them Christmas productions will be impossible.

He said: “While we understand the absolute necessity of protecting lives at this critical time, Theatres Trust is disappointed that theatres will have to close for a further month during the November lockdown.

“Many theatres were only just managing to reopen or were preparing to reopen with Christmas shows, and this news will come as a further blow to an already struggling sector.

“We are seeking urgent clarification whether theatre rehearsals, alongside television and film production, can continue as without this Christmas shows will not go ahead.”

On the issue of theatres which have not yet reopened, he added: “This further setback means theatres will need to further delay their reopenings and many will still be unable to do so viably under the three-tier system.

“While we are grateful that the Government has extended the furlough scheme for a further month to cover lockdown, theatres still need further sector-specific support beyond the end of November to ensure this latest blow does not lead to more closures.”

Culture Secretary Oliver Dowden has confirmed TV and film production will be able to continue during the lockdown period, and said further details on how the lockdown will affect the arts and sports sectors will be announced in the coming days.

After the lockdown was confirmed by Boris Johnson, he tweeted: “As the Prime Minister has just confirmed we will be taking additional restrictions from Thursday. We understand the anxiety & impact these will have, and will ensure they last not a day longer than necessary.

“The changes mean people should WFH where possible. But where this is not possible, travel to a place of work will be permitted – e.g. this includes (but not exhaustive) elite sport played behind closed doors, film & tv production, telecoms workers.

“We understand people will have a lot of questions and @DCMS officials & ministers will be working through these and detailed implications with sectors over the coming days.”

The Government is currently distributing a £1.57 billion funding package to the arts, as well as further measures.

Mr Johnson also announced furlough payments at 80% will be extended for the duration of the restrictions.

But Michael Kill, chief executive of the Night Time Industries Association, said: “The (lockdown) announcement from the Prime Minister today will leave night-time economy businesses facing a ‘financial armageddon’. It is the most horrific of Halloweens.

“It’s frightening to think that given the gravity of the situation, we are still being given limited communication, consultation or time to respond or plan around these decisions.

“Their plight is being made even worse by the huge void in financial support for the sector.

“Many of our businesses have experienced extreme financial hardship, been presented with unmanageable operational measures and have in some cases been forced into complete closure since March.”

He said: “National lockdowns have been announced in France, Germany and the UK.

“Across the country, grassroots music venues have been told to close from Thursday, but we have no similar commitment from the UK Government.

“We look forward to urgent details from ministers on the financial package that will protect businesses and livelihoods in this vital, world leading British industry.”